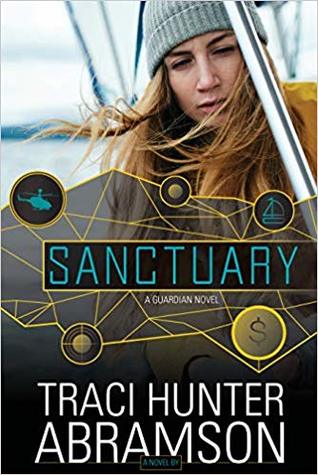 Kristi Hartinger has come to terms with her life as a single, thirty-something woman. She was in love . . . once. But following her boyfriend's tragic death, no one else could capture her heart. And nothing else could fill that void, though the serenity of the ocean came close. Two years ago, Kristi left the craziness of her Wall Street career behind and embraced a simpler life on her family's private island off the coast of Maine. As a resident of the small beach community, she anticipates a quiet future—until she comes face-to-face with her past.

Ace Samson is dead, or so the world believes. As a member of a secret organization known as the guardians, he was forced to fake his death years ago, leaving everything behind when he became an agent. So when he is selected to offer a potential new recruit a job with the organization, Ace braces himself: for the first time in more than a decade, he must face the woman he loved—and left.

Kristi's world is rocked by Ace's sudden reappearance, and she's soon drawn into his world of danger and cover-up. But when Kristi herself becomes a target, Ace will do whatever it takes to protect the only woman he has ever loved.

This was the perfect book for me to settle in with the last couple days.  I was really needing something fast paced and exciting and this book, happily, delivered that.  Yay!!

While this book is part of a series, I don't think you have to read them sequentially to understand.  You might be happier if do simply for the sake of back story because each book focuses on a different character within a group.

Talk about a second chance at first love story!  It's a bit rocky all the way through but that's what happens when someone is always trying to kill you.  Poor Kristi has no idea how in over her head she is.  Ace saves her life SO many times!  I think for that reason alone she should give him a second chance, right?!

I loved the constant forward momentum, the danger, the building intensity, everything.  It was fantastic and I was fully invested from beginning to end.  When I was at the end with only a few chapters left, my husband wanted my help with something he was doing for me.  I hated putting the book down for even a minute!  It was torture.  Ha.  I love when books can pull me in so completely!  It's no wonder why this author is one of my favorites in this romantic suspense genre.

a Rafflecopter giveaway
Posted by Getting Your Read On at 9:56 AM