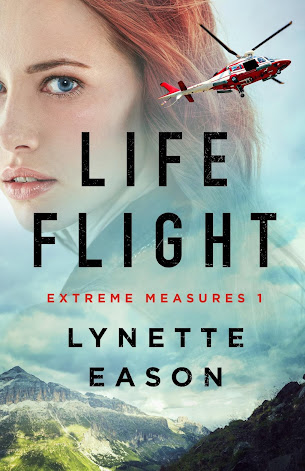 EMS helicopter pilot Penny Carlton is used to high stress situations, but being forced to land on a mountain in a raging storm with a critical patient--and a serial killer on the loose--tests her skills and her nerve to the limit. She survives with FBI Special Agent Holt Satterfield's help. But she's not out of the woods yet.

In the ensuing days, Penny finds herself under attack. And when news reaches Holt that he may not have gotten his man after all, it will take all he and Penny have to catch a killer--before he catches one of them.

Bestselling and award-winning author Lynette Eason is back with another high-octane tale of close calls, narrow escapes, and the fight to bring a nefarious criminal to justice.

Hold on just a second, I need to catch my breath.  <deep breath in, deep breath out>  Seriously, I was holding my breath for about half of this book.  I had to keep telling myself to breathe.  From the very first page, I am in the middle of an emergency situation and it's scary.  Not scary enough that it can't get worse.  Because it does.  And then, what?  Scary squared.  This was nonstop, action packed, no breathing type of storytelling.  And I was ALL.  IN.  From the beginning to the end.  Invested.  Because of this, I read through this story in a day.  It couldn't be helped.  There was no way I was leaving Penny and Holt in dire circumstances in my mind.  Nope.

Penny and Holt are heroes if ever there were any.  Human and dealing with the nasty stuff life throws at them, but heroes.  I liked them so much.

I'm so glad this is the start to a new series.  I can't wait to read the next book!

Posted by Getting Your Read On at 1:26 PM No comments:

Dreams of Gold (Dream's Edge #2) by Traci Hunter Abramson + Win A Copy of This Book! 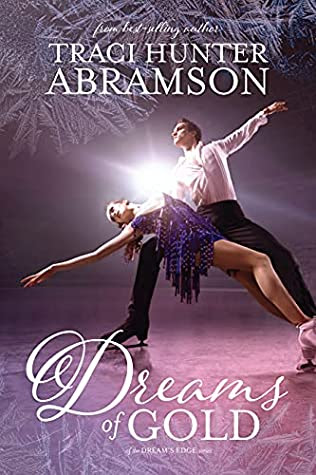 Nine months ago, Amaliya Marcell’s world was rocked when she nearly lost her parents in a devastating accident. In that moment, everything changed, and it was with no small amount of determination that the former ballerina rebuilt her life into something wonderful alongside the man she loves, her pairs ice-skating partner, Tyler.

Since he was a child, Tyler Linden has dreamed of Olympic gold. And with Amaliya by his side, he’s confident that his goal is finally within reach. The pair is on track to compete in the Winter Games in Leningrad, but the path to gold turns out to be rougher than they expected. A painful injury on the ice shakes Amaliya’s confidence, and it will take every ounce of willpower to keep working toward the competition of her life. But when the discovery of a family secret connects her to the Soviet Union, the truth of her history forges within Amaliya a renewed determination to make her Olympic dreams a reality.

What a fun book to read as the winter Olympics are going on!  Ice skating is one of my favorite things to watch so this book really grooved with where I am right now and what I'm watching.  This is book two in a series you really should read in order.  There are also a couple novellas in this series which again, should be read before this book.

By now these characters are feeling very familiar to me and I feel like I know them.  Amaliya and Tyler have been working hard and are finally competing, on a quest to get to the Olympics.   There are plenty of bumps in the road- distrustful father, stalker, competitors, and secrets uncovered.  It's quite a ride that has been building for a while now.

This series is pretty gentle in nature.  It flows easily and comes across very naturally and life like.  There is a strong sense of family and lots of good support that comes from that.  The overall theme of working hard and reaching for your goals is easy to feel given that Amaliya and Tyler are athletes.  This book is definitely more climactic and exciting in nature than the other ones.  It has more plot based elements where the others are more character based.  The whole series is great but this book was my favorite of the series. 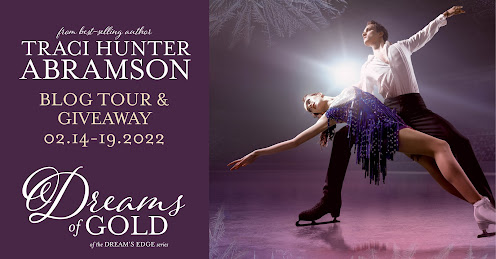 a Rafflecopter giveaway
Posted by Getting Your Read On at 4:00 AM No comments:

The Thief and the Noble by Dana LeCheminant 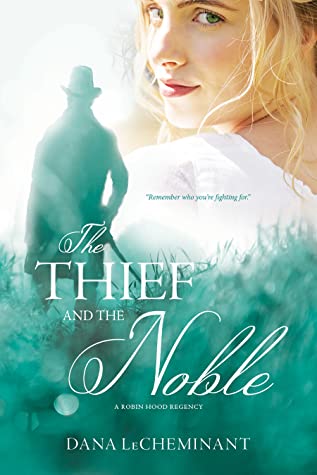 “Remember who you’re fighting for.”

As the daughter of a marquess, Lady Marian Russell is poised to impress in her first London Season. She is young, beautiful, and wealthy—but catching an eligible husband is the last thing on her mind. Marian is disillusioned with how the upper class lives while the poor of London suffer, and she is determined to right this imbalance. When she comes face-to-face with a mysterious man who steals from arrogant aristocrats and redistributes the spoils to the poor, Marian recognizes a motivation that mirrors her own. She is determined to discover the true identity of the unscrupulous hero and offer her assistance.

When she unmasks the bandit Robin, he begrudgingly agrees to train the lovely Marian in the art of thievery in exchange for her silence, quickly realizing that his heart may be stolen next. But when they discover a copycat thief operating in London, they are faced with a foe whose purpose is far from noble. Amid distracting suitors, becoming a champion of the poor, and a growing attraction Marian can’t ignore, can she and Robin expose the renegade pilferer without risking themselves.

If I'm being honest, sometimes I have a hard time with re-tellings and I can't really say why.  But not this time.  I lovey loved this book and it's characters.

Marian and Robin are two interesting and fun characters with such personality!  It was oozing right out of the pages and into my heart and head.  This story created a fantastic movie in my head and I love when that happens.  There was danger, adventure, mystery and growing tension throughout the book.  It led to quite the exciting ending!

This book releases on February 7th!

Posted by Getting Your Read On at 10:52 AM No comments: