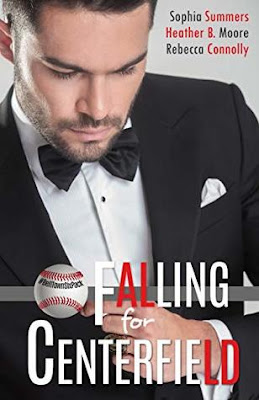 Cole has secrets.
Harlow has a past. Will the part of his life Cole hides tear them apart, or become the very thing she loves most about him?

Major League Baseball Player, Cole Hunter, has strong ties to his college days and the university he shared with five of his best friends, now known as the #BellTownSixPack. When an old acquaintance, Harlow Ember, walks in, wearing his jersey and his signature sunglasses, he knows this woman might have what it takes to capture his heart. But none of Cole’s typical efforts to gain a girl’s attention seem to work on Harlow.

Harlow Ember is asked to report on a charity event for children back in Belltown sponsored by Cole Hunter and the Six Pack. Even though Cole attracts her in all the right ways, she has goals of her own that don’t involve losing her heart to one more guy who will end up leaving her cold. While her trust is at an all-time low, her interest and attraction are a raging pull in the other direction.

Will her hurts from the past and the secrets he hides work in their favor or end things before they can even begin?

Ummmmm.  I really love baseball.  Spring training has begun which makes this the perfect week to tell you about this book, Falling for Centerfield.  It's part of a series, each book written by a different author, but the characters are all intertwined.  I would say that each book can stand on it's own and you don't have to read them in any particular order, but you might be happier if you do follow them in order.

This book had lots of yummy chemistry, some great kissing scenes and a lot of misunderstanding and drama.  There were moments I wanted to strangle both Cole and Harlow for different reasons.  Mostly I understood Harlow's frustrations with Cole- he could really be a dunderhead but then he would do or say something so sweet and then- swoon.  He was almost making me crazy.  ha.  I loved Harlow's fire, her passion and yes, even her heckling.  She really gave it to Cole.  From the stands.  During a game.  hahahahahahahaha  😂

I really enjoyed this one.  It made me smile a lot.  I can't wait for the next book!!  Bring on the baseball!!

This book releases on March 5th and will be on Kindle Unlimited!