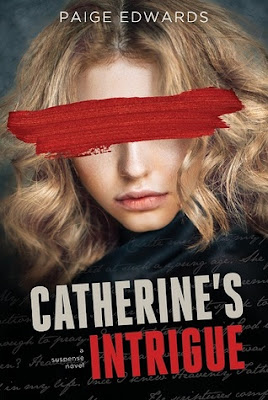 To fulfill her mother's last request, twenty-four-year-old historic design specialist Catherine Pressley-Coombes travels to England in order to investigate an elusive family line. Armed with an illegible diary, she is determined to discover the identity of her mysterious ancestress. Distracted by an Elizabethan manor and unused to British country roads, Catherine runs her car into a ditch. Luckily, Nick Davidson, a handsome, hard-working local rides in on his tractor to save the day. As the down-to-earth manager of his family's estate, Nick also happens to be one of England's most eligible aristocrats.

Nick is certainly not the kind of man Catherine would fall for a man dogged by media and rumor. So why does she find the English lord so irresistible? Even though she can't overlook their differing values and beliefs, as she and Nick spend time together, their attraction deepens. While she battles through romantic turmoil, Catherine is beleaguered with far more sinister concerns: a series of unexplainable misfortunes that are not mere accidents. With her heart on the line, Catherine discovers her life is in jeopardy, and she has no idea who the perpetrator is but she has a growing suspicion that the danger might be connected to whatever secrets lie hidden in her ancestor's diary.

First I have to say that this book is LDS fiction with lots of the story revolving around the LDS religion (Church of Jesus Christ of Latter Day Saints) .  Praying, reading scripture and other things specific to the LDS religion are a prominent part of this story.

I love a good mystery/suspense story!  Usually in a mystery/suspense book I am as clueless as the characters, waiting until the very end for the big reveal.  But not this book. From the very beginning I had a clear idea of the "bad guy" and  every single move they made.  It made me feel both knowledgeable and crazy.  I was always cringing and thinking:  Don't talk on that phone!  Don't go there!  Don't do that!  Look over there!  Watch out!  And those characters never, ever listened to me!  😖

The story had a good build in intensity and the story moved along with decent pacing.  The religious aspects slowed the pacing down a bit but still, the build was there and I felt it.  I liked the story, the concept and characters.


a Rafflecopter giveaway
Posted by Getting Your Read On at 10:22 AM