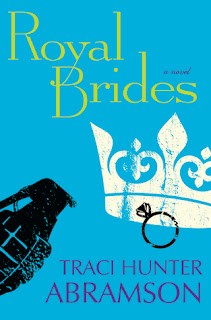 In this eagerly anticipated companion novel to Royal Target and Royal Secrets, readers are invited back to the shimmering Mediterranean paradise of Meridia, where two royal weddings in a year are more than stressful—they’re deadly . . .

Lovely Meridian native Noelle Saldera yearns for adventure, but as the daughter of palace servants, working at Prince Stefano’s royal wedding may be as exciting as her life will get. But her options change drastically when she finds herself in the unlikely position of diffusing a bomb at the ceremony and being enlisted as the newest member of Meridian Intelligence—another wedding is in the works, and there can be no more close calls when Prince Stefano’s brother, Garrett, walks down the aisle.

The bombing attempt at the first royal wedding leaves few clues as to the assailant’s identity. Desperate for answers, Meridian officials enlist CIA agent Jeremy Rogers to prevent a repeat occurrence at the upcoming nuptials. The beauty of the plan: the bride is Jeremy’s sister, so his cover is foolproof. What no one could anticipate is the instant connection between Jeremy and Noelle. Now, with their hearts on the line, the pair must work together to stop a seemingly unstoppable enemy before time runs out.

This is the third book in this series although each book can stand alone.  Because it is part of a series, we see familiar characters from previous books and the story means more, I think, when you have read what comes first.

Royal Brides is a romantic suspense in the mildest of forms.  I was interested in the story and the characters the whole time.  I didn't have the "bad guys" completely figured out so that was awesome.  It meant I was guessing the whole time.

For me, this book lacked a bit of passion and intensity.  I didn't feel as much emotion or connection to the characters as I would have liked but this was still a good story and I enjoyed reading it.

Content:  Clean, some mild violence.  This is an LDS fiction book and there is some mention of things specific to the LDS religion although nothing preachy.