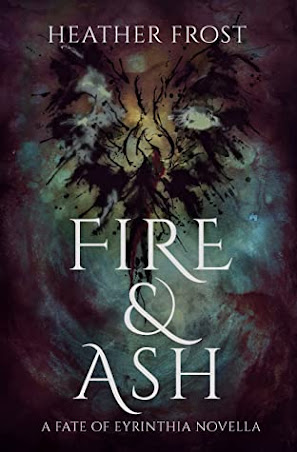 Oh Desfan.  My heart breaks for you.  Your life has not been easy and your own heart is battered.  My mama heart wanted to swoop in to save Desfan, to love him.  Lucky for Desfan, Karim enters his life.  It's a long, hard road to friendship but Karim just doesn't give up.  I loved him for that.  He is such a good guy.

It was so good to get a look into the life of Desfan and see what made him into the person we see in the previous books.  It's kind of like having "the rest of the story."  I know this is novella length but it really felt like a wholly developed story.  Maybe that's because of the previous books?  I just know that I was worried it would be too short for me but it wasn't.  I loved it beginning to end.  It was nice to have something from this world of Eyrinthia to tide me over until the next MUCH ANTICIPATED book.  😍