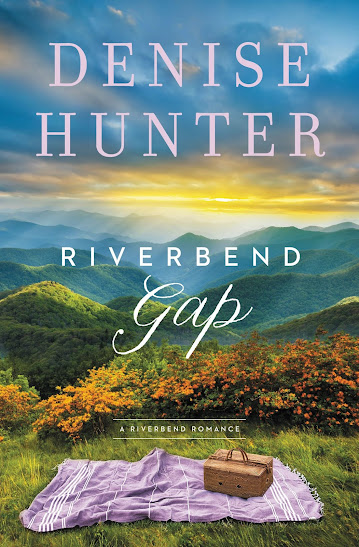 When Katelyn Loveland’s car veered off a winding Appalachian Mountain road, she thought she was done for. That is until Cooper Robinson, local sheriff’s deputy, came to her rescue. And though Katie narrowly escaped her brush with death, she still fell. Hard.

She wasn’t the only one. But soon Cooper learns that the woman he’s more attracted to than any he’s ever met is his brother’s new girlfriend—and therefore unquestionably off limits. Yet, despite his best efforts, Cooper and Katie can’t seem to avoid running into each other. Or ignore the undeniable chemistry between them.

As they grow closer, Katie shares the secrets of her past and the real reason she moved to their small North Carolina town. She also wins over Cooper’s welcoming and bighearted family. But they don’t know that her feelings for Cooper keep growing—all while she’s dating his brother. Soon the stakes of their emotional connection become higher than either of them could have imagined. Katie stands to lose the first family she’s ever had, and a scandal could doom Cooper’s campaign for sheriff’s office. Suddenly they find themselves on the edge of another precipice—and they’re forced to make a decision that could change their lives forever.

It's the start of a new series by author Denise Hunter!  That's something to be happy about!

The first meet between Cooper and Katelyn is a doozy and enough to spark all kinds of emotional connections.  Hanging off the side of a mountain in a car will do that to you.  Even though Cooper is all in emotionally, he knows he can't pursue Katelyn.  It's the slowest burn romance ever because nothing is happening physically or verbally for most of the book.  The attraction and growing feelings of love are all internal.

Katelyn has a lot going on in her personal life.  Her brother's death, a move to a new town, a new job, her search for her birth mother, a brush with death.  That's a lot, right?  Katelyn has such a strong desire to be a part of a family and to belong.  To be wanted.  It really pulled at my heartstrings.

I loved the setting of this book, the history surrounding it and how the community is such a big part of it all.  It ALMOST makes me want to hike the Appalachian Trail.  But not quite.  haha.  I'm not a hiker.

I'm looking forward to the next book!