Summer Nights At The Homestead Inn: While He Was Sleeping (Billionaires In Hiding Family Romance Series Book 2) by Kimberly Krey 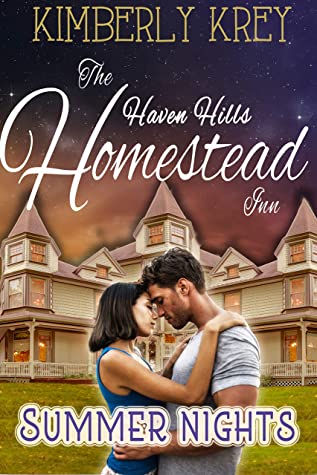 Two brothers.
One Woman.
And a whole lot of commotion.

They can't let the others know about their romance.
Good thing they have those warm summer nights.

When a set of billionaire twins unwittingly offer Ava a chance to escape her abusive boyfriend, she takes it. Who knew the one-way trip to Costa Rica would lead them to a relocation program in Haven Hills, where the twins' siblings, including their "oldest ornery brother" Richard live in hiding?

As Ava finds her place in their new destination, she also finds herself drawn to none other than the oldest brother, despite obvious advances from one of the twins. Things take a turn when that twin winds up on strict bedrest while attempting a stunt to impress her. Days later, Ava discovers that Richard feels the same undeniable spark between them, and so starts their summer nights rendezvous. In a hiding spot of their very own, Richard and Ava give into sweet romance, passionate kisses, and talk of how they'll eventually tell his family about their love.

Richard knew better than to fall for a woman his brother Maverick had the hots for. But he can't deny his attraction to Ava, a woman who actually loves math as much as he does. Besides, the two weren't dating. Maverick had no right to stake his claim on her.
But that doesn't change the fact that he and Ava's secret romance could start a whole lot of trouble when he finds out.

I am loving this series so far.  This family of siblings is in the witness protection program- new identities, new life.  It's fun to watch love find them one by one.

Ava is someone I was invested in and rooting for from the very beginning.  I'm so glad those crazy twins pulled her into their mess because heaven knows Richard needed someone to soften him up!  It was fun watching them fall for each other, stealing kisses and sneaking glances.  I loved the "while you were sleeping" vibe.  This book was a great escape from reality that I really needed this week.

I wonder which sibling is up next?  I'm excited to find out!  This book and this series is on KU if you have that.

Posted by Getting Your Read On at 1:04 PM