Time's Dagger by Margot Hovley + Enter To Win This Book! 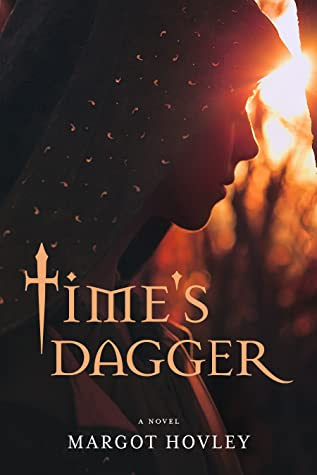 After a rough stint at work in the ER, Dillon Kelly is more than a little ready for a vacation when he packs his bags and sets off on a camping trip in the wilds of Ireland. But when a mysterious dagger covered in druidic markings appears in his backpack, Dillon finds himself hurtled into the fourteenth century. Thrust into the legends and politics of ancient Ireland, he is rescued from suspicious locals by a beautiful young woman named Ailish.

Ailish has always dreamed of being a bard, but there’s just one problem: women aren’t allowed. Determined to follow her heart, Ailish has fooled everyone into thinking she’s a boy—everyone, that is, except for Dillon. He’s agreed to keep her secret in exchange for her help in finding his way home to his own time. Despite the impossible barriers between them, feelings beyond friendship soon blossom. But more than just their budding romance is in danger. Ailish isn’t the only one who recognizes the dagger’s druidic significance, and there are those who would stop at nothing to harness its time-bending powers.

This is the third time travel book I've read this month.  Weird, right?  Time travel books are not as widely written but all of a sudden it seems like authors are jumping on this bandwagon.  I think time travel books must be hard to write and make believable but I do enjoy reading them.

I thought the concept of this story was unique and interesting with druids and the dagger that allows for time travel- but only for people with druid blood in them.  It's a cool idea and I thought the story was a good one.  It progressed nicely and had a bit of mystery to it.

My only hang up was Dillon.  I didn't really like him a whole lot.  His backstory felt incomplete and I didn't really connect with him emotionally but his go with the flow nature really lent itself to this story.  Ailish was intriguing and I admired her spunk and determination.  It was fun watching Ailish and Dillon learn about the dagger and sort out good from bad, danger and love.

Oh, and I need to say that I love this cover.  It's pretty cool, right?  It fits the story so well. 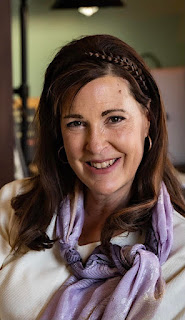 Margot Hovley grew up a country kid in Washington State, where she filled the tedious hours of farm chores with an overactive imagination. She loves her work with her church’s international magazines, but fiction writing is her favorite creative outlet. Time’s Dagger is her third published full-length novel. She lives in northern Utah at the foot of her beloved mountains, where she chases chickens and grandchildren and teaches piano to the somewhat willing. Helping run the family business is hectic, but she loves working with her husband, Art, and several of the Hovley children. How she finds time for writing is both a miracle and a mystery. 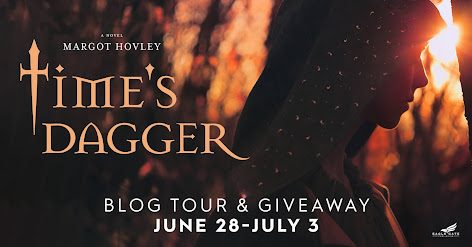 a Rafflecopter giveaway
Posted by Getting Your Read On at 9:35 AM