My Bodyguard Summer by Michelle Pennington 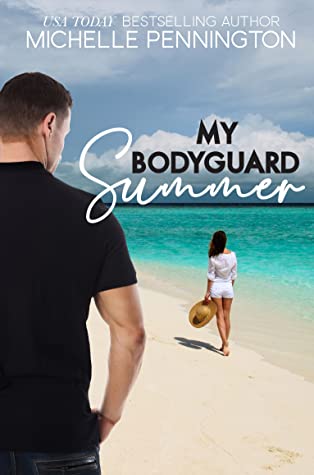 She hired him to keep her boss safe, but now she's in danger too...of falling for him.

Everly only cared about one thing--protecting her celebrity boss, Harlow Kline, from the lowlifes threatening her. But it wasn't going to be easy.

Not only did she have to convince Harlow to give up her busy schedule of interviews, fashion shows, and red-carpet events for the summer, she had to convince Jack Prescot to do something he'd sworn never to do again--guard a beautiful, single starlet with a propensity for falling in love.

She also had to remind herself--repeatedly--that she wasn't interested in the handsome and perceptive bodyguard who paid way too much attention to her. Especially considering that Harlow was the one in danger.

But as the long, sultry days in paradise melted into each other, their connection grew until she knew he was the one man who could save her from the shadows and secrets hidden in her heart.

If only Harlow didn't need her.

If only she was capable of love. If only danger wasn't rushing toward them like a tidal wave.

Ooh, this book fit my mood perfectly this week as I needed a good distraction.  I really love romantic suspense (light suspense) and this one was so good.

There are some heavy duty sparks flying around in this book!  I loved the strong attraction between Everly and Jack.  From the very beginning, the attraction was there and even though they were sometimes at each other, it added to the build up between them.  The story has a great forward momentum and I was invested from beginning to end.  I didn't want to put it down.  I thought the epilogue with the resolution between Everly and her family came suddenly for me as a reader, without a ton of fallout details, but it's okay.  I'll fill in the details myself.  hahaha.

- I borrowed this book on KU.