The Songs of You and Me by Mylissa Demeyere Just $.99! 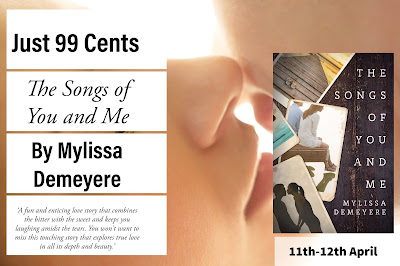 The Songs of You and Me by Mylissa Demeyere

A SECOND CHANCE AT FIRST LOVE.

Jane Hartford fell head over heels for Jackson at the tender age of fifteen. She spent most of high school pining for him, until she realized he wasn't going to see her as anything more than his baby sister's best friend. Now she finds herself single with a daughter, a broken heart, and songs that remind her of a long lost love.

Jackson Wright is a man living with regret. His biggest one, never acting on his feelings for Jane. When he returns to Bellebrook, the town they grew up in, he literally runs into her and his world gets tossed upside down and sideways.

This time, Jackson isn't willing to give up. With a meddling sister eager to push both of them together, he believes things might actually work out. That is, if they can overcome the heavy baggage they both carry. Follow Jackson and Jane as they revisit their past, figuring out what went wrong so long ago.

Will they learn they have the power to make things right in the present?

What Readers are saying:

A tender debut novel that will leave you remembering the sweet angst of first love. The Songs of You and Me is a charmer. - Taylor Dean, author of I’m With You and Chasing Fireflies.

In this romantic debut about first love, second chances, Ms. DeMeyere weaves the past and present together in a way that brings the characters' hearts to life as they heal from tragedies and struggle to move on in life. Sweet and heartwarming. – Charissa Stastny, author of Between Hope and the Highway and the Rules out Romances Series.

A fun and enticing love story that combines the bitter with the sweet and keeps you laughing amidst the tears. You won't want to miss this touching story that explores true love in all its depth and beauty. – Aubrey, Amazon Reviewer

The Songs of You and Me pulled me in from page one. The characters came to life and I felt as if I was part of their story. I stayed up night after night fascinated with their personal and individual challenges. Their obstacles were relatable and tugged at my heart. I couldn’t wait to finish and yet I didn’t want it to end. As I read the last page, I was ecstatic to see what would come next from Mylissa Demeyere. – Jamie, Amazon Reviewer

Jane (15 years old)
“What was so funny back there?” He asked as his pen stalled.
“Huh?” I pretended not to know what he was talking about as I paged through the book in front of me.
“You know what I mean.” He pushed the subject a little harder.
“Oh, you know the effect you have on the female student body, Jackson. You don’t need me to spell it out for you.”
“Do I now?” He wagged his brows.
“Seriously, you know you’re the popular jock and you actually have half a brain. It’s a rare phenomenon as opposed to the others on the team that only have the looks but are so lacking in other areas.”
“Half a brain?” He looked genuinely insulted. Poor guy. I was sure he got enough of girls stroking his ego, he didn’t need me to help in that department.
“Yes, half a brain. Need I remind you, I’m a freshman helping out a senior with his English paper?”
His smug smile faltered, and his left eyebrow scrunched up. I guess I just took this guy down a notch or two. “I didn’t think so,” I continued. “You’re going to attract fans anywhere you go.”
“Are you a fan, Jane?”
I felt the color rise in my cheeks. His comment hit a little too close to home.
“You’re feeling pretty good about yourself right now, aren’t you? Do you want me to bring you a mirror and give you a moment alone?” I managed to divert the attention from me and set him straight.
“Never mind, I’m good. Let’s get to work.” 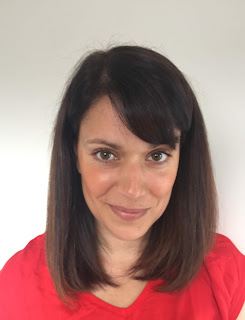 Mylissa Demeyere was born in Belgium, and resides in the beautiful city of Ghent. She lives in a somewhat organized home with her four beautiful children and the love of her life. If she isn’t working, she’s writing, running, reading, or enjoying time with her kids, who are growing up way too fast.


The Songs of You and Me is her debut novel, with a sequel already in the works.

Buy The Songs of You and Me online: https://amzn.to/2D9B5oh