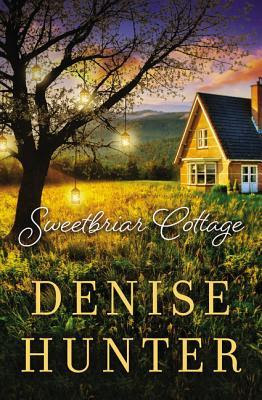 When Noah and Josephine Mitchell discover their divorce was never actually finalized, their lives are turned upside down.

Following his divorce, Noah gave up his dream job, settling at a remote horse ranch in the Blue Ridge Mountains of northern Georgia, putting much-needed distance between himself and the former love of his life. But then Noah gets a letter from the IRS claiming he and Josephine are still married. When he confronts Josephine for the first time in months, they discover that she missed the final step in filing the paperwork and they are, in fact, still married.

Josephine is no happier about the news than Noah. Maybe the failed marriage—and okay, the botched divorce—was her fault, but her heart was shattered right alongside his, more than he would ever believe. The sooner they put this marriage behind them, the better for both of their sakes.

But when Josephine delivers the final paperwork to his ranch, the two become stranded in his cottage during the worst spring snowstorm in a decade. Being trapped with Josephine is a test of Noah’s endurance. He wrestles with resentment and an unmistakable pull to his wife—still beautiful, still brave, and still more intriguing than any woman he’s ever known.

As they find themselves confronted with each other and their shared past, old wounds surface and tempers flare. But when they are forced out into the storm, they must rely on each other in a way they never have before. Josephine finally opens up about her tragic past, and Noah realizes she’s never been loved unconditionally by anyone—including him. Will Noah accept the challenge to pursue Josephine’s heart? And can she finally find the courage to trust Noah?

That is a really long blurb.  It pretty much sums up the whole story.  I'm glad I didn't read it before I read the book because it would have taken out the anticipation of what was to come for me.

This book was basically Josephine and Noah wading through the muck of their broken marriage and struggling against each other and truth, which always has a way of coming out one way or another.

Josephine is a secret keeper.  She has an awful, horrible past and it has really messed with her ability to connect to people and share her real self.  Noah is angry and confused and rightly so.  His knowledge is limited and it's hard to judge situations for what they are when you have limited knowledge.  I really loved Noah.  Even in his gruffy and self preservation moments, he was kind and protective.  He showed respect when most people would say it wasn't deserved.  The love in his heart was the catalyst for change and healing.

This book deals with such heavy issues.  It really isn't a light-hearted romp through the park and reading it at some points was very hard.  The characters are in a messy situation.  Situations alternate between the present and the past.  It was good as a reader to be able to visualize their initial meeting and their growing relationship to balance out the present day angst.  The flashbacks to Josephine's past are just sad and hurt my heart.  But those helped me to feel the compassion I needed to like Josephine and understand her better.  The book is well written and I felt the constant pull to keep reading in order to find the resolution I was so desperately seeking for these characters.

- I received a copy of this book from the publisher through NetGalley.   A positive review was not required and all opinions expressed are my own.

Posted by Getting Your Read On at 7:32 AM