The Healer by Gregg Luke + $35 and Book Giveaway 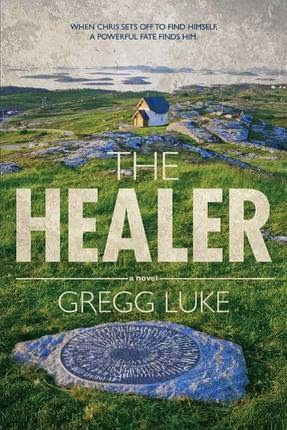 After successfully completing his first-year professorship, Welsh folklore expert Chris Pendragon has earned a vacation. At least that's what the young scholar tells himself—but deep down he feels an urgency to reassess his life, to find a sense of purpose. Hoping that perhaps a trip to Wales will provide the answers he seeks, Chris embarks on a journey of self-discovery. But he could never have anticipated the unimaginable adventure that awaits him ...

Shortly after his arrival in Wales, Chris is witness to a horrific accident with more far-reaching consequences than he could have dreamed. Following Chris's heroic rescue of one of the victims, an unexplainable phenomenon is revealed: bones that had been broken were made whole with Chris's touch. Still reeling form this discovery, Chris is approached by a wizened old man with an implausible answer: Chris has been chosen to be the bearer of the Dial, a healer of unparalleled power. But the calling is fraught with peril, and Chris soon discovers there are those who will stop at nothing to seize the power of the Dial. With the help of a beautiful, if skeptical, doctor, Chris must choose: go back to the life he was leading or embark on a thrilling new destiny.

This book is not anything like the other books I've read by Gregg Luke.  It wasn't what I was expecting at all.  I kept waiting for things to turn and go more like his other books but that just didn't happen.

How would I categorize this book?  I just don't know.  It's not a romance.  It's not necessarily a mystery although Chris is definitely trying to figure out the meaning of some information he has been given.  It's not really a religious book in the sense that it is preachy or full of doctrine but there are a ton of biblical references and connections to religion.  People pray and the theme of faith is big.  It's also not an action/adventure but there certainly is some of that in there too.

This book is set in Wales and there sure was a lot of talk about the food the characters were served!  Although they hardly ate it.  Which is just too bad, yes?  Most of the conversations between Chris and the locals ends in a question, does it not?  haha.  Yeah, that's about how the talk goes.  Especially with Father Llewellyn (who I really loved).  I would love to visit Wales some day.  I hear it's beautiful country.

Chris is an interesting character.  He is definitely smart as to history and book learning although maybe not so smart when it comes to dealing with spiritual or heart felt things.  I thought sometimes he was quite disrespectful but he did have a load of confusing things thrown at him all at once.  His vacation of self discovery turned into much more than he bargained for, that's for sure.

I thought this book was interesting.  I enjoyed the journey from myth and legend to miracle.  I would really love to read more about Chris embracing his gift and using it to help others instead of coming to terms with it.  Maybe a "next" book?  I have a feeling Chris's story is only just beginning.