Letters to My Future Husband by Lisa McKendrick 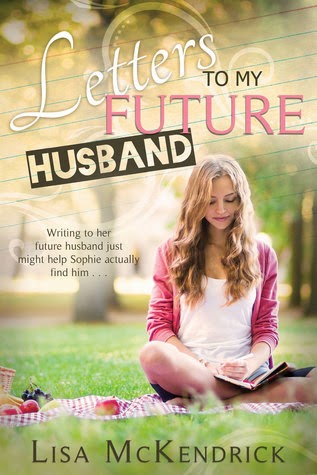 Sophie doesn’t know what kind of man she’s looking for, so her father suggests she write letters to her future husband—and come to know him in the process. But Sophie soon learns her letters aren’t the most reliable key to her heart.

So, the blurb makes it sound like this book is mostly about a girl and the letters she writes to her future husband.  It really isn't.  She writes in a journal when she is small and then she writes about her childhood crush.  That's all in the first chapter or two.  The journal doesn't even come back into play until the end of the book where Sophie goes back to the journal and adds a couple entries.  I wish the journal had played a bigger part in the book like the blurb suggests.  I didn't feel like Sophie came to know her future husband at all through journal entries.  It was almost like a before and after thought.

Having said that, there were some good moments to this book.  I really enjoyed Sophie's trip to Italy and her initial meeting with Peter.  I think that was probably my favorite part of the book.  Well, the "rock" scene was pretty good too.  Sorry, I'm not giving that scene away.  You'll have to read the book to know about that one.  It was amusing though.

I wouldn't say that I found all the characters believable, but this is a work of fiction.  Sophie's boyfriend is ridiculous and is really made to look that way.  It made me doubt Sophie's intelligence.  Why would anyone date someone so ridiculous?  And Sophie's mother?  I just didn't get her.

This is an LDS fiction book with references to religious things specific to the LDS faith.  It's not overbearing or anything but this is probably not a book people outside the LDS faith would enjoy.