Redeem This by Cami Checketts: Review, Excerpt and $25 + Book Giveaway! 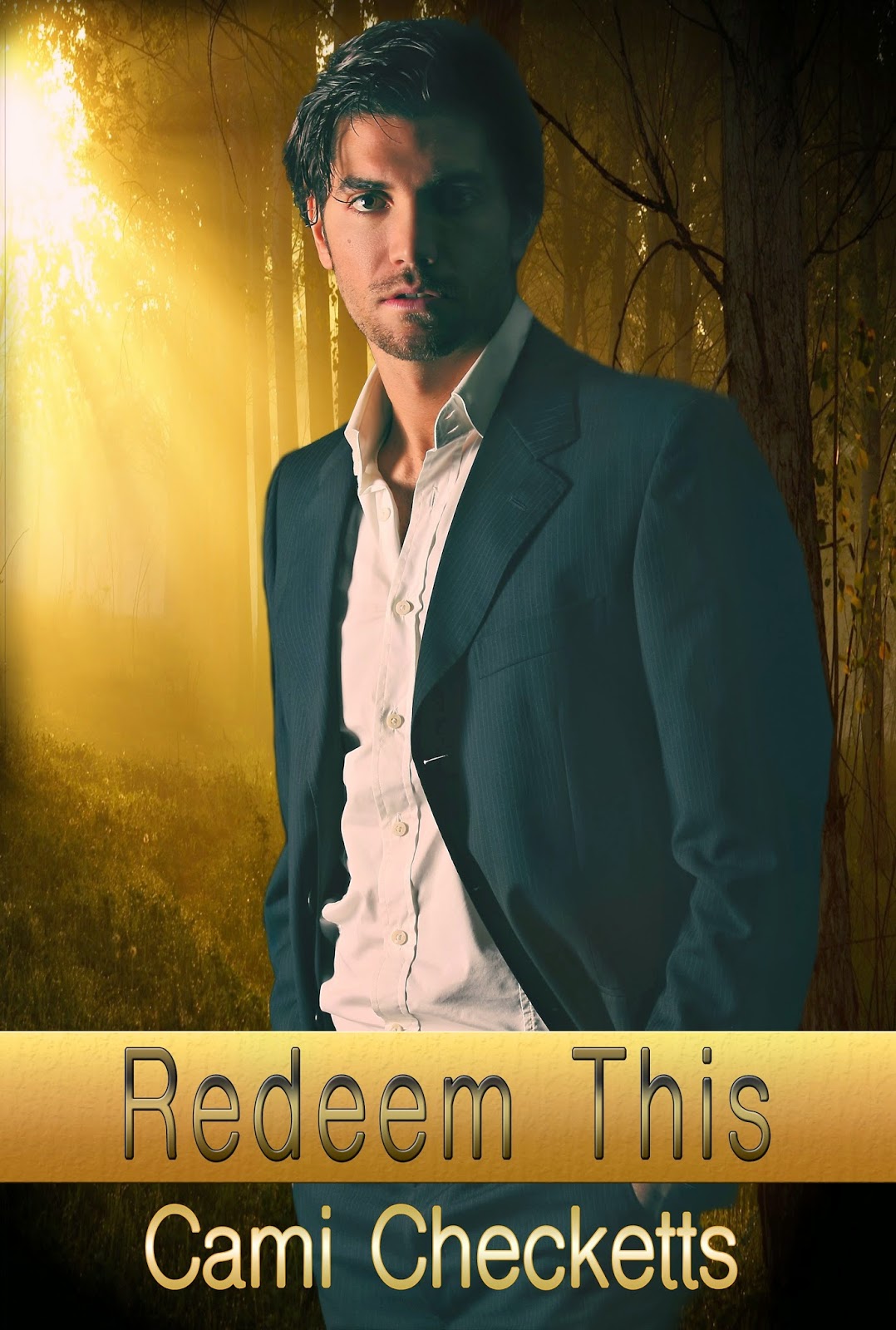 Some men are beyond redemption. Alex is one of them.
After Alex Chakhota was blackmailed and manipulated into becoming a hit man to protect his sister, serving time as the FBI's assassin doesn't do much to ease his conscience. His next assignment brings him face to face with Brittany, a beautiful woman that believes he's more than the killer he's been made into. The road to redemption is long for someone with a blackened soul, and with lives hanging in the balance, Alex has a short deadline.

Detective Scott Bentley's days of law enforcement are behind him. When he's asked to host agents at his secluded ranch for an FBI sting operation, Scott cannot refuse. Ivy McMahon shows up with the team, and Scott gets more than he signed up for. Not only can she hack into the any computer system, she's found a way into Scott's heart. The trouble is that she's in protective custody and when the job ends, she'll disappear.

Is redemption possible for those whose lives are scarred by the past? With danger crowding close, not even love may have a chance to redeem before it's too late.

I cannot tell you how excited I was to read this book!  Cami Checketts is one of my favorite authors.  She knows how to write romantic suspense and I am always so drawn in by her books.  I usually steam roll right through them because I cannot put them down.  Redeem This grabbed me from the very beginning.  The suspense is there from the very first chapter.  There is a fantastic balance of suspense and character/relationship building.  I could not put this book down!

One of the other things I love about not only this book but all of Cami's books is that they are clean.  I cannot tell you how much I appreciate the no swearing/no sexual content.

Redeem This is the sequel to Blog This.  If you haven't read Blog This yet, you really need to!  Not only is it a fantastic book, it must be read before reading Redeem This.

Enjoy the following excerpt from Redeem This!


Alex thought Brittany would follow her daughter, but she stayed next to him. Her gaze was compassionate. “You’ve been through so many hard things.”
“Yeah.” He chuckled humorously but turned serious as he studied her. “So have you.”
“That’s the way life goes sometimes.”
“I wish I could protect you from it.” Alex couldn’t believe he’d said that, couldn’t believe he meant it. But he did. He would do anything to protect these two from being scared or hurt. He wished he dared reach for her hand.
Brittany inhaled sharply, then gave a soft laugh. “You aren’t what I imagined, Alex.”
Her saying his name about did him in. It came on a rush of breath from her lips. He imagined how it would feel to have her say it again, right after he’d kissed her. He shook his head. He needed to stop thinking.
“What did you imagine?” he muttered.
“Steven’s brought so many terrifying men to our house.” She shuddered, wrapping her arms around herself. “You’re not like them. There’s something in your eyes, something compassionate. That’s why I told you I trust you.”
Alex couldn’t allow this to continue. He wasn’t worthy of her good opinion. He couldn’t take the light that shone from her and douse it. He straightened and took a step toward her. “You don’t know me, Brittany.”
She didn’t cower. This small woman was brave, even after all she’d been through.
“I know you wouldn’t hurt me.” She looked to Savannah, still surveying horses, before focusing on him again.
“There are a lot of different ways to hurt someone.” Alex placed his palms against the rough wood of the stall, framing her. He took his time leaning toward her, wondering if she’d stop him, aching to touch her.
Brittany tilted her chin. “I’m sure you’ve used them, but you’re not like that anymore.”

Praise for Blog This
"Cami Checketts is a genius! She writes about topics that aren't widely discussed, in and out of books, and she does such a brilliant job of crafting these things into wonderful stories that touch your heart and remain with you for days afterwards."
Myra, Reviewer, Pieces of Whimsy

Don't forget to enter below to win an audio copy of Dead Running and an ebook of Shadows in the Curtain.

Thanks for stopping by!