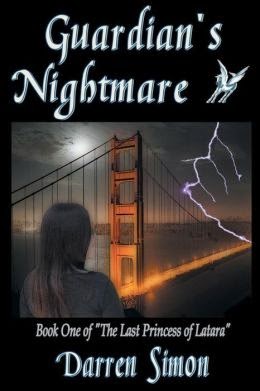 Charlee Smelton is an average thirteen-year-old girl struggling to adapt after her family moves to San Francisco. She thinks her biggest obstacle is facing the bullies who brand her a nerd and a dweeb. She's wrong. Her life is about to change-for the worse. First, she receives a gift of the ugliest, most old fashioned bike she has ever seen. Try as she might to ditch it in the city, she just can't seem to escape that very mysterious two-wheeler. Then come the visions of a world across a dimensional divide, a princess in fear for her life and a dark knight pursuing her. Are they just dreams or something more? For Charlee, everything she ever thought she knew about herself soon crumbles as she starts down a path to discover her true self, and she will need that hunk-of-junk bike more than she could ever imagine. Without it, she might not be able to find the hero in herself-the hero she must become to save her friends, family, her city-the world-from an evil only she can defeat. An evil she allows into this world.

Some people have magical swords or amulets that give them special powers.  Some people have magic carpets or mystical creatures.  But Charlee Smelton has a magical, wonderous bike.  It is old and it is ugly but you better not judge this bike by it's cover.  "Bike" as it is so lovingly refered to, is something to behold.  It responds to Charlee's words and thoughts.  It even thinks for itself!  Ninja moves?  Yeah, this bike has them.  Wings that fly?  Yup, got those too.  Faster than a speeding bullet and able to save anyone in danger?  Yes, well, unless it gets knocked unconcious.  Bike has healing powers and can do just about anything.  That's some kind of bike, right?

This is a Middle Grade book with a main character who is thirteen years old.  There were times that Charlee sounded thirteen but most of the time I felt her thoughts and actions were inconsistent for a 13 year old.  I have a twelve year old so I guess that's what I compare it to.  The last third of the book was a bit much with things just happening and people appearing and surprise, something else.  After the fact, some of the things were explained but I think there were one too many surprise things happening at once.  The way it played out left me rolling my eyes and questioning the validity of the things that were going on.

Overall this is a innocent enough story.  The main character learns some good lessons and of course, there is Bike, who basically steals the show.  Everyone who reads this book will want a "Bike".  This was an okay read for me, I wish the ending would have been different.  There is some profanity (using God or Jesus as an exclamation) but otherwise this is a clean book with no swearing or sexual content.

Posted by Getting Your Read On at 7:01 AM