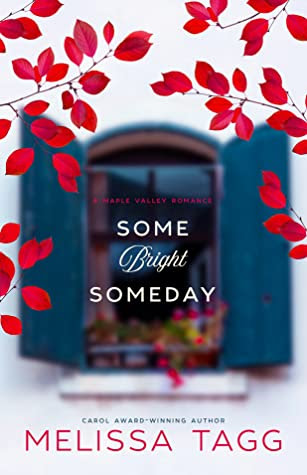 He’s torn between love and honor...

Lucas Danby has always regretted the decisions that caused his dishonorable discharge from the military—and he’s never stopped trying to redeem his honor. He's spent the past decade taking on dangerous short-term missions as an elite private soldier—the only part of his life that's ever gone right. But the high-risk work never cures his shame. Now he’s stuck stateside, mentoring a new recruit. Worse, he's sick of lying to the people he cares about most—including the woman he’s secretly loved for years.

She can’t escape her house of memories...

Jenessa Belville should be happy. She's the hometown girl everyone loves, after all. But she’s also the last Belville left—and if she had her way, she'd leave the name and all its painful memories behind. Which is exactly what she hopes to do once she sells Belville Park, the massive estate she inherited from her parents. First, though, she needs to restore the property’s once-glorious gardens. But on the same day she puts up the “For Sale” sign, she discovers three children hiding in the caretaker's cottage, thrusting her into the unexpected role of temporary guardian.

Fighting for their future means healing from the past...

Struggling to mentor a young man with scars nearly as piercing as his own, Lucas offers to help Jenessa restore the Belville grounds. Though drawn together by a trio of kids who tug on their hearts and the sparks they can’t deny, past secrets and current sorrows threaten to pull them apart. Only the brightest love and hardest sacrifice can turn the house Jenessa never wanted into the home she and Lucas have always longed for.

I just love sitting down with books by Melissa Tagg.  She is excellent at writing books with depth and meaning without overwhelming me.  Emotional, yes.  Overwhelming, no.  I really loved getting to know both Janessa and Lucas.  They are two people who have had lots of hard things happen to them but they still rise and push forward.  They are kind and they good.  The perfect kind of characters.

There is a lot going on for these characters.  The past, the present and the future collide as Jenessa and Lucas start intertwining their lives together.  It was quite a ride!  Their journeys lead them to forgiveness, understanding and healing.  There was a realistic and natural progression to the story and it all just felt really good around my heart.  Especially the sigh inducing ending.

This book is available on KU if you have that!