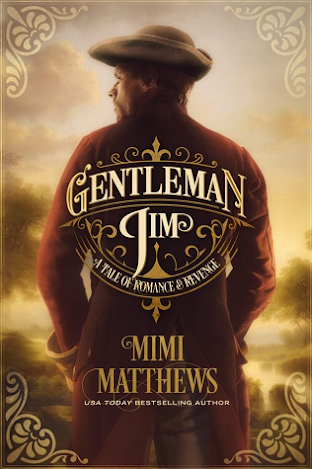 She couldn’t forget…Wealthy squire’s daughter Margaret Honeywell was always meant to marry her neighbor, Frederick Burton-Smythe, but it’s bastard-born Nicholas Seaton who has her heart. Raised alongside her on her father’s estate, Nicholas is the rumored son of notorious highwayman Gentleman Jim. When Fred frames him for theft, Nicholas escapes into the night, vowing to find his legendary sire. But Nicholas never returns. A decade later, he’s long been presumed dead.

After years spent on the continent, John Beresford, Viscount St. Clare has finally come home to England. Tall, blond, and dangerous, he’s on a mission to restore his family’s honor. If he can mete out a bit of revenge along the way, so much the better. But he hasn’t reckoned for Maggie Honeywell. She’s bold and beautiful—and entirely convinced he’s someone else.

As danger closes in, St. Clare is torn between love and vengeance. Will he sacrifice one to gain the other? Or with a little luck—and a lot of daring—will he find a way to have them both?

I started reading this as a serialized novel on Mimi Matthews website.  Every month a new part would be released and I had such a hard time waiting because I always wanted MORE.  Finally, I got it.  Right here in a whole entire book to devour at once.

It's no secret that I adore all that Mimi Matthews writes.  She really hits my sweet spot as a reader.  Her characters come to life for me bringing with them emotion and struggle that I connect with.  I always feel so lucky to be reading her books.

As I said before, I've been anticipating this book for awhile since I started with it in a serialized format.  My heart has loved both Nicholas and Maggie from the beginning.  I loved the tension in this book between all the characters.  It grew as the story progressed and it led to some explosive and satisfying scenes.  Think duels, bar room brawls, secret rendezvous, and yes, some revenge.  The story and the characters were well developed.  I loved it all.  It was so, so good.

- I received a complimentary copy of this book.  I will be buying my own copy as soon as it is available.  All opinions expressed are my own.