The Roses of Feldstone by Esther Hatch + $25 and Book Giveaway! 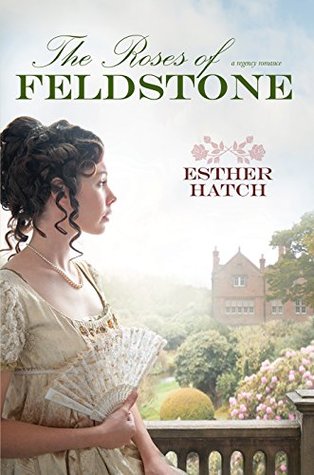 Standing before Feldstone Manor, site of so many happy memories, Rose Davenport feels nothing but dread. Her family’s annual visit to the stately home was once brightened by her friendship with the earl’s youngest son, William, but everything changed the day his elder brother was disinherited and William became heir to his father’s earldom. From that moment, William made it clear he has no interest in continuing an acquaintance with Rose. Heartbroken, she sets out to prove that she will simply not be ignored—or outdone—by the arrogant future lord of the manor. When his elder brother marries for love, William’s entire life changes in an instant. He does not have the same option to marry whom he chooses, and he must let go of the feelings he has harbored for his dear friend, Rose. He steels himself against her annual visits, determined to keep his feelings for her a secret. But when he makes the hasty promise to marry within six months, he never dreams that his actions will lead Rose to impulsively undertake the same challenge.

This book was such a pleasant surprise.  Debut author, Esther Hatch, has created a fantastic story with vivid characters who stand out in personality but not without their flaws.  The back and forth between Rose and William was enough to drive me crazy in the best of ways.  I was ready to scream out in frustration with them and then . . .  oh, well, I cannot give too much away but let's just say that my tummy was all a flutter and I got goosebumps on my arms.  That's a good sign of happy things.  But then.  Frustration again.  There were so many great moments in this book that created a perfect movie in my head.  I love when that happens.

I really had a good time reading this book.  It was so good.  I am so excited about Esther Hatch and hope to read many, many more books from her in the future.