Whatever After (Someone Else's Fairytale #5) by E.M. Tippetts 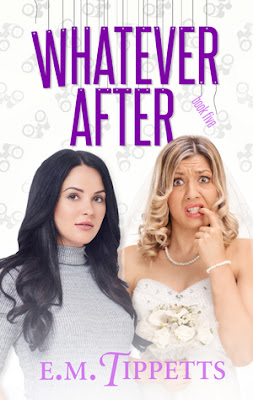 Chloe’s got it all: a happy marriage to Hollywood A-lister, Jason Vanderholt, her first child on the way, and the chance to be the maid-of-honor in her best friend, Lori’s, upcoming wedding. The stresses of the past year are behind her… almost. 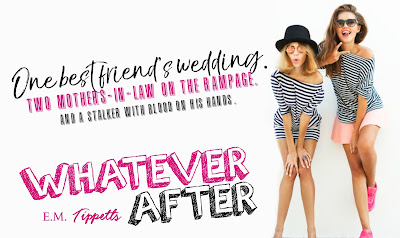 This is a series I've been following from the very beginning and one I would highly recommend reading in order.  You just won't get the back history and relationships if you jump ahead.  So, for your own reading enjoyment, read this series in order!  :)

The first book in this series begins with the meeting and courtship of Chloe and Jason.  It had more romantic feel but as the series progresses, it's less about their relationship and more about other circumstances that arise and family relationships, always with a bit of suspense and mystery thrown in.

In this book, Chloe is on set with Jason and pregnant with her first child.  Bad things start happening back home and Chloe feels the pull to get there to help.  Chloe holds a lot of guilt over the way her personal life has overflowed to the people around her that she cares about.  She is always trying to protect and save.  I love that Chloe is smart and has such a deep rooted sense of loyalty to those close to her.  Chloe is an awesome friend.

This book felt more like a mystery to me.  The suspense wasn't as prominent in this book although there is a definite build up to the end events.  I didn't really have a clue as to what was really happening and I was learning things right along with the characters for the whole book.  It made me feel like I was a part of the book- not knowing more or less than the characters.

I have enjoyed every book in this series and the natural progression and continuation I've felt from the stories.  Every time I come back to this series I feel like I'm meeting up with old friends which is exactly what I want as a reader.  If you haven't read anything from this author or series, you should!!   This is a fun one!

I received a copy of this book from WordSmith Publicity as part of a promotional tour.  All opinions expressed are my own.