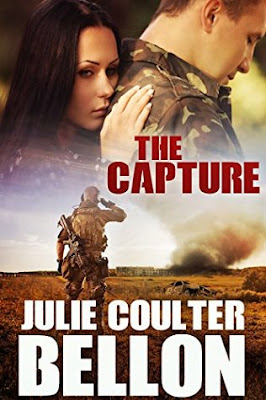 Julian Bennet, head of Griffin Force, finally finds love with Zaya Altes, but the day he buys her an engagement ring, international terrorist Nazer al-Raimi abducts her. Getting her back consumes him, yet it takes nearly six months to find her. The daring mission to extract her from a hidden prison in Afghanistan is successful, but Zaya has suffered during captivity. Though she’s grateful to Julian for breaking her out, she wants nothing to do with him. Before he can show her how much he still loves her, Nazer finds them and vows revenge. Can Julian keep Zaya safe and still stop Nazer once and for all?

Zaya Altes nearly gave up hope of ever being rescued, but when Griffin Force finally finds her, returning to life is harder than she imagined. While her feelings for Julian are as strong as ever, she feels too broken to recapture what they once had. Instead, Zaya jumps at a chance to trap Nazer, wanting vengeance for what she’s endured. As the final showdown draws near, however, Zaya will have to make an unimaginable choice to let Nazer close to her again. But when a shocking web of betrayal is uncovered in their own ranks, their one chance to capture him is compromised. Julian and Zaya will put everything on the line, but can they survive this ultimate test and finally reach for their chance at happiness?

Julie Bellon is one of my favorite authors in the romantic suspense genre.  Well, she's one of my favorites period.  :)  I really love her military suspense books- they are full of action, danger and excellent characters that I just can't help but love.  This book is part of a series, but it can stand alone.  I would recommend reading the whole series though, it's worth it!

This book starts off with Zaya being held hostage by a terrorist organization.  She is tortured, starved and near death.  I know this is a fictional book but I also know that these things happen today and I am in awe of people who are brave enough to face these things or even the chance of these things when they go to work each day.  I would never survive it, but how grateful I am that there are people better than me.  Freedom is an amazing gift given by people that this book represents.

Anyway, back to the book.  Ha.  SO GOOD!  Zaya, brave and strong.  She holds on in horrific circumstances for so long, waiting to be rescued.  Julian is desperate to find Zaya, not only his teammate, but his love.  Julian is all things strong and good.  He fights for Zaya and tries so hard to provide her with everything he thinks she will need for her recovery.  I loved the dynamics of their relationship.  Watching Zaya come to terms with some of the things that happened and realize her limitations and her strengths were endearing.  I just loved her.

This book is full of action and suspense, but it's also full of moments where I have time to breathe and connect with the characters.  I wasn't tense the whole book.  The ending was explosive and so satisfying.

If you haven't read anything by Julie Bellon, you really need to.  She is a fantastic author and I'm always on the lookout for her next book.

Content:  some violence, torture (but nothing too graphic), kissing