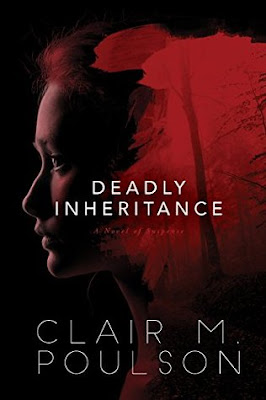 Andi Buckner and her twin brother, Bolden, have had enough of the rough streets of Detroit. When they can no longer bear the drugs and abuse within their home, the twins make their escape: Bolden to the military, and Andy to wherever the wind takes her. With few belongings and no specific destination, Andi eventually finds herself across the table from a kind old man in a quaint café in Spring Hollow, Montana. Louis “Gramps” Granger, a retired cop, takes Andi under his wing. Andi soon finds a peace she’s never known as she roots herself in the small town, working at the café and living in a cabin on Gramp’s property. But her peace is short-lived. . . When an enemy from Gramp’s past murders the old man, Andi’s need to see justice served draws her into an investigation far beyond her own abilities. But hundreds of miles away, her twin brother senses her despair and heeds her silent plea for help. Andi is soon reunited with her brother as well as with Bolden’s friend, private investigator Mason Crowther. Together, the trio delves into a mystery and soon discovers that the murderer’s motive goes far deeper than any of them imagined. With the truth almost within reach, they find themselves directly in the path of a killer who will stop at nothing to finish what they’ve started. .

Clair Poulson has a gift for writing and telling a story.  I've read so many of his books but I think this one is my favorite of his last few.

Andi is such a tough girl.  All through this book I though to myself that if I were the main character in this book I would be dead.  Andi knows martial arts, is a deadly shot with a gun, has nerves of steel, can keep a car from flipping with her master driving skills, knows how to use a knife and did I mention those nerves of steel?  Yeah, I'm nothing like that.  I'd be dead.  Twenty times over.  Andi deserves a cape.  And maybe the ability to fly.

I enjoyed the pacing of this book.  The forward momentum was always there and I was interested the whole time.  There were so many bad guys, so many plots and so many different angles that just when I thought I had things figured out, I had to think again.  That's a fantastic thing in a mystery/suspense book!

Content:  Some violence, LDS Fiction (characters are members of the Church of Jesus Christ of Latter Day Saints so there is talk of things specific to that religion- God, praying)

-I received a copy of this book from the publisher.  A positive review was not required and all opinions expressed are my own.

a Rafflecopter giveaway
Posted by Getting Your Read On at 10:34 AM