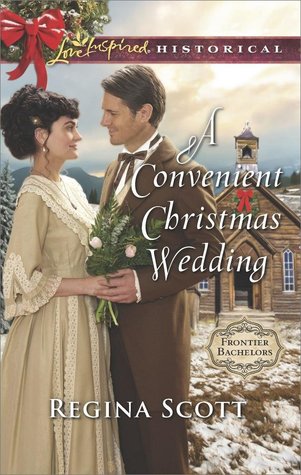 Proposing a marriage of convenience to a rugged logger is the boldest move of Nora Underhill's sheltered life. In return for Simon Wallin's protection from her overbearing family, the unassuming seamstress offers prime frontier farmland. But their paper marriage changes when Nora's greedy brother tries to draw her back into a life of drudgery. Her only option: move to Simon's farm, and into the center of his loving, unruly family.

Years of shouldering responsibility have left Simon cynical and reserved. But little by little, Nora's warmth opens his shuttered heart to joy. With their marriage claim under threat, can this practical arrangement blossom over the holidays…and become a love for all seasons?

This was such a sweet, gentle romance novel.  It was filled with charming characters and scenes that warmed my heart.  This is the the fifth novel in this series but it can easily stand alone.  I haven't read any of the previous books but I see that a couple of them involve people from the same family as this one.  I'm interested in reading those because their stories were alluded to in this book.  They sound good!

Nora is a gentle and kind soul.  She has been repressed and demeaned for most of her life and is determined to do whatever it takes to remove herself from under her brother's thumb.  Her proposal for marriage comes as quite a shock to Simon but he quickly sees the marriage of convenience as an opportunity to take care of his growing family.  I really loved Nora and her happy outlook on life.  She doesn't let the pain of the past interfere with the joys of today.  She looks for the good and she is the good.  Simon is a good man who works hard and cares so much for his family.  He shoulders a lot of responsibility.  His serious nature was endearing and I love how Nora's joy seeps into the cracks of his heart.

This was such a charming story.  With the Christmas season fast approaching, this book is perfect to snuggle in with and feel that holiday spirit.

-I received a copy of this book free from the author.  A favorable review was not required and all opinions expressed are my own. 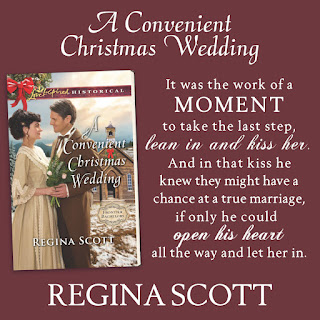 "This is a sweet marriage-of-convenience tale and Scott’s love of history is apparent. Along with the fully fleshed out storyline and characters, the vivid descriptions and balance between the hero and heroine make this an engaging and truly enjoyable read. The drama will keep the reader turning the pages until the end, which comes all too soon." — Leslie L. McKee from RT Book Reviews


Other Books in the Series 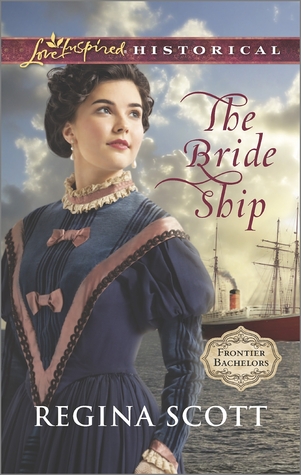 What was his brother's widow–his first love–doing on a ship full of prospective brides headed out West? Clay Howard had been tasked with escorting the Boston belle home, but he didn't anticipate Allegra being so strong-willed–or that he'd wind up traveling with her just to keep her from leaving without him!

Allegra Banks Howard isn't going to let Clay interfere with her plans for a new life with her daughter on the frontier. True, Allegra needs his wilderness savvy, but if Clay thinks he can rekindle what they once shared, he had better think again. Because risking her heart for a second chance at being his bride isn't something she'll undertake lightly... 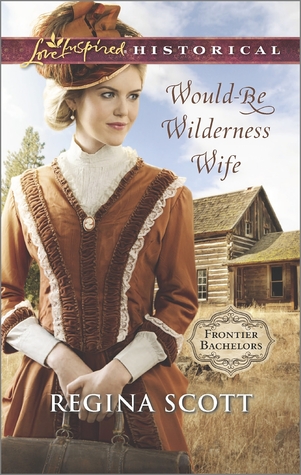 Drew Wallin's youngest brother is determined to see him married—so he kidnaps Drew a prospective bride. Not only is Catherine Stanway beautiful, but she's a nurse who can help their ailing mother. Drew doesn't have time for distractions—he's too busy watching over his fatherless siblings. Yet he's drawn to this woman who carries loss and pain equal to his own.

Catherine has traveled West to use her nursing skills to save lives, not to find a husband. She knows if she gives in to Drew's matchmaking family, she'll be risking her already bruised heart. But maybe it's time she takes the ultimate risk to win the groom she didn't know she wanted! 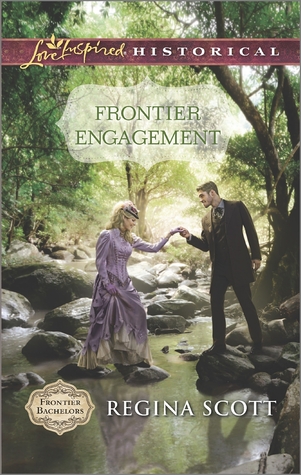 James Wallin's family is depending on him to find a schoolteacher for their frontier town. Alexandrina Fosgrave seems to be exactly what he needs to help fulfill his father's dream of building a new community. If only James could convince her to accept the position.

Alexandrina has traveled west to seek a fresh start, not to find a groom. But after she's stranded in the wilderness with James, he offers her his hand in marriage to protect her reputation. Both are afraid to fall in love, but maybe an engagement of convenience could make them reconsider… 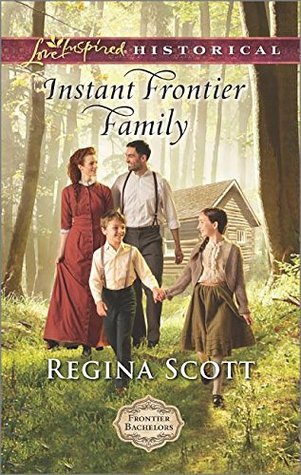 Maddie O'Rourke's orphaned half brother and half sister have arrived safely in Seattle—with a man they hope she'll wed! Though Michael Haggerty's not the escort she planned for, Maddie allows him to work off his passage by assisting in her bakery…and helping care for her siblings. But she'll never risk her newfound independence by marrying the strapping Irishman—or anyone else.

In New York, Michael ran afoul of a notorious gang. Traveling west was a necessity, not a choice. The longshoreman grew fond of his young charges, and now he's quickly becoming partial to their beautiful sister, too. So when danger follows him, threatening Maddie and the children, he'll do anything to protect them—and the future he hopes to build. 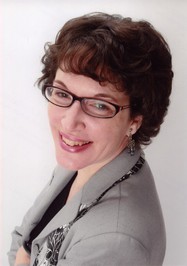 Regina Scott started writing novels in the third grade. Thankfully for literature as we know it, she didn't actually sell her first novel until she had learned a bit more about writing such as vocabulary, sentence structure, and plot. After numerous short stories and articles in magazines and trade journals, she got serious about her novel writing. The Unflappable Miss Fairchild was her first novel to be published (March 1998).

Regina Scott and her husband are the parents of two sons. They reside in the Tri-Cities of southeast Washington State and are members of the Church of the Nazarene. Born in 1959 and raised in the Seattle area, Regina Scott is a graduate of the University of Washington. She comes by her writing talent naturally--both her parents are excellent writers in their vocations as teacher and electrical technician. Her mother envisioned the plot for "Sweeter Than Candy," the novella which was written as a tribute to her.

Regina Scott is a devout Christian and a decent fencer; owns a historical, fantasy, and science fiction costume collection that currently takes up over a third of her large closet; and has been known to impersonate an independent consultant specializing in risk communication. 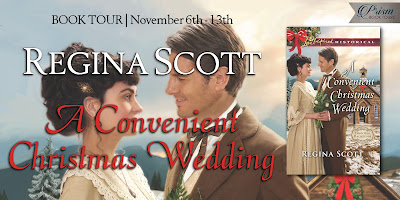 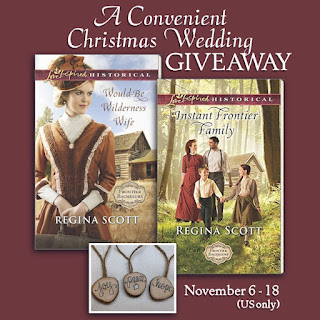 Posted by Getting Your Read On at 6:42 AM