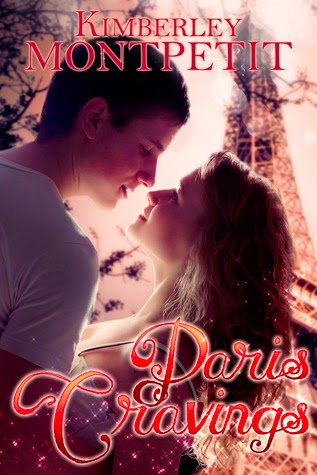 Can life really turn on a dime,
a missed bus—
or a stuck pastry shop door?

Chloe Dillard’s life has always been complicated. Her mother is a neurotic romance novelist and her boyfriend, Mathew, has been pressuring her to go “all the way”—even as one of her own best friends offers to accommodate him.

But after The Worst Night of Her Life, Chloe escapes on her Senior Class trip to the swoon-worthy city of Paris which takes her mind off her troubles—temporarily. On the final leg of her dream trip, Chloe squeezes in one final run for a last-minute box of decadent pastries. Add a stuck door, subtract a broken four-inch heel from her cute strappy sandals, and Chloe ends up one stuck girl on the bakery shop floor with a sprained ankle.

Rescued by the shop owner’s dreamy son with chocolate-syrup eyes, the beautiful city of Paris suddenly becomes Chloe’s personal secret adventure. And even though Jean-Paul, the oh-so-kind La Patisserie shop boy is the gentlemanly guy Chloe has always dreamed of, even he has a girlfriend.

The police are tracking her down as a run-away, Mom’s having a nervous breakdown over her daughter’s “disappearance”, and Chloe’s just trying to have a Happily-Ever-After even as her dreams with Matt are swirling down the drain.

Could being lost in the city of Paris be just what the doctor ordered? What’s a girl to do in the most romantic city in the world?

If you have ever dreamed of the romantic city of Paris, France then you are going to love this book.  It is full of all things French:  the city scenes, the drool worthy pastries and the hot french boy with chocolate eyes.  All I know is I was left wanting French pastries so badly it almost hurt.

Chloe is young, just out of high school and on a school trip to Paris.  She is a fun character, easy to like.  One look into Jean-Paul's chocolate eyes and suddenly her embarrassing mishap doesn't seem so bad after all.

I loved Chloe and Jean-Paul's little adventure through Paris.  It was romantic and will have every young girl swooning.  Having officials trying to track Chloe down gave it a sort of bad girl feel which heightened the romance of the whole situation.  At least Chloe called her mom and kept in touch with her that way.  She wasn't totally off the charts.  Phew!

There is quite a lot of the book devoted to Chloe and her boyfriend who wants to have sex and has been pressuring Chloe back home.  She catches him in compromising situations with her friend and isn't sure she can trust him.  Even though Chloe comes to the conclusion eventually that she doesn't want to have sex, it was a big focal point in the book.  It was told in flashback mode throughout the story.

I loved the ending, how it sort of came full circle, ending how it began.  Very romantic.

Kimberley Montpetit once spent all her souvenir money at the La Patisserie shops when she was in Paris—on the arm of her adorable husband. The author grew up in San Francisco, another swoon-worthy city, loves all things Parisian and chocolate and lives in a small town along the Rio Grande with her family.

Kimberley has won many awards for her work, including the Southwest Book Award, the Whitney Award, the Arizona/New Mexico Book Award, is a Crystal Kite Finalist (SCBWI) and included in the Bank Street College Best Books of the Year.


She once stayed in a haunted castle tower room at Borthwick Castle in Scotland, sailed on the Seine in Paris, walked the beaches of Normandy, eaten in numerous French cafes, ridden a camel in Petra, Jordan, sunbathed on Waikiki, shopped the Grand Bazaar in Istanbul, and spent the night in an old Communist hotel in Bulgaria.


She adores all baked goodies; brownies, éclairs, donuts, tarts, and pie, and makes a lot of chocolate chip cookies while revising.

http://www.kimberleymontpetit.com
Posted by Getting Your Read On at 4:00 AM

Labels: France, Paris, YA, YA Romance