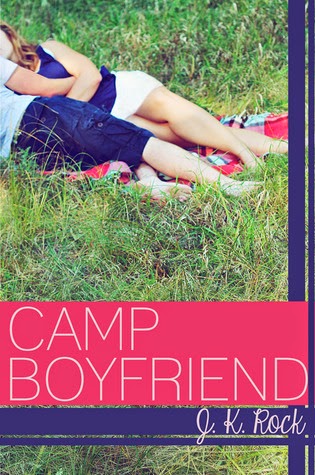 The summer of her dreams is about to get a reality check.

They said it couldn't be done, but geeky sophomore Lauren Carlson transformed herself into a popular girl after moving to a new school halfway across the country. Amazing what losing her braces and going out for cheerleading will do. Only trouble is, the popular crowd is wearing on Lauren's nerves and she can't wait to return to summer camp where she's valued for her brain instead of her handsprings. She misses her old friends and most of all, her long time camp-only boyfriend, Seth. This year she intends to upgrade their relationship to year-round status once she's broken up with her new, jock boyfriend, Matt. He doesn't even begin to know the real her, a girl fascinated by the night sky who dreams of discovering new planets and galaxies.

But Matt isn't giving her up without a fight. As he makes his case to stay together, Lauren begins to realize his feelings run deeper than she ever would have guessed. What if the guy she thought she was meant to be with forever isn't really The One? Returning to Camp Juniper Point was supposed to ground her uprooted life, but she's more adrift than ever. Everything feels different and soon Lauren's friends are turning on her and both guys question what she really wants. As summer tensions escalate, Lauren wonders if she's changed more than she thought. Will her first big discovery be herself? 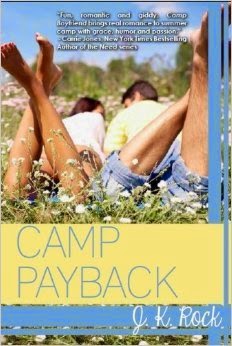 Alex has big plans for camp this year, starting with making it the best summer ever. Having fun and breaking some rules will get her the payback she wants against her parents and her ex-boyfriend. Because of his disgusting texts, she's headed to a super strict all-girls school in the fall.

Then she meets Javier and revenge doesn't seem nearly as important as getting to know the troubled loner determined to keep a low profile at camp. But Alex's trouble-magnet personality and Javier's need to stay in the background don't mix nearly as well as their irresistible chemistry.

With her home life eroding under her feet and her last year of summer camp speeding to a close, Alex wants to make her mark on the world and squeeze every bit of fun out of her time with Javier. Too bad her old plans for revenge turn back on her just in time to ruin everything. Will she lose Javier too?

So, today I'm reviewing these two books. I'm doing them together because they are part of a series and I picked them both up on NetGalley (love NetGalley!) at the same time. My thanks to Spencer Hill Press for allowing me to read and review these titles for them.

I've never been to summer camp, let alone a summer camp that goes practically all summer long, so there were a lot of things in this book that I didn't necessarily relate to. Having said that, I don't think summer camp experiences are a prerequisite to enjoying these books. :)

The main characters in these books are young- 15, 16 years old. Most have been coming to this summer camp together since they were very young. There is quite a crew of characters but the authors did a good job of bringing them into the books so that I didn't feel overwhelmed with so many people to keep straight. Every character in the book has their own personality that shines through. They all felt like real people with real quirks and real (albeit young) problems. Very teenager.

Both books have the same setting and many of the same characters but the focus is on different main characters. The first book is about Lauren and her two boyfriends. In the second book, Lauren has moved on and we focus on Alex, who was also in the first book.

I originally wanted to read these books because I thought they were "clean" YA books. I'm not sure if I was just dreaming that up or if I actually read it somewhere, but I'm not sure I would classify these as "clean" reads. There is no actual sex in these books, but there is a lot of talk about sex. In both books. There is plenty of making out and steamy kissing. There is frequent profanity (using God and Jesus as exclamations) and swearing (more than just mild). There is alcohol and drug use mentioned. These aren't books I would hand off to my teenager, but I realize I am more conservative than most.

You can find Camp Boyfriend and Camp Payback at Amazon. (titles are linked)
Posted by Getting Your Read On at 4:00 AM

Labels: YA, YA Romance