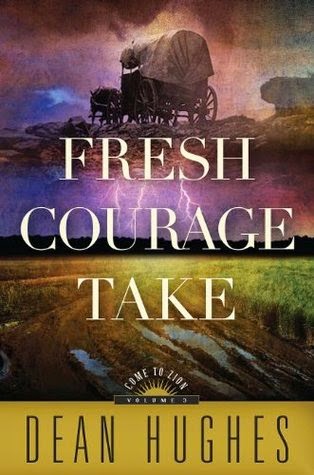 The United States turned a blind eye when the Mormons were driven from Missouri to Illinois and finally out of the country altogether. How can the government—and Brigham Young—now be asking the Mormons to come up with 500 able-bodied soldiers to assist in the war with Mexico? And how can Will Lewis be asked to join the Mormon Battalion when it means leaving Liz and their two little boys on their own in the wilderness? How many sacrifices will be required in order for the Saints to create Zion?

And in modern-day Nauvoo, Jeff and Abby Lewis are facing challenges of their own. Juggling family priorities, professional responsibilities, and Church callings becomes and almost impossible feat. It is clear that building Zion in the latter days will require sacrifices, just as it did in the time of Jeff's ancestors.

In this concluding volume of the Come to Zion trilogy, beloved novelist Dean Hughes provides a unique perspective on the struggles and sacrifices—and ultimate joy—of faithful Saints in any generation.

I'm happy to be a part of reviewing this final installment of the Come to Zion series by Dean Hughes.  I've reviewed both of the previous books in this series and it's always satisfying to come to the end of a series.  Closure, that's what it is.

"Fresh Courage Take" is an LDS Historical Fiction.  It follows the movements of the Mormon pioneers- driven from their homes in Illinois to the Salt Lake Valley.  Told in alternating story lines, we also follow a modern day couple through daily challenges of life.  The Mormon pioneer is a story well told in the LDS historical fiction genre.  I've read so many variations of this sort of book so it wasn't anything new or exciting, but it was solid.  Following the character, Will, through his march with the Mormon Battalion was heart breaking.  The struggles and suffering those men endured!  I cannot even fathom walking that far.

You can purchase "Fresh Courage Take" at Amazon and Deseret Book.

My thanks to Deseret Book for allowing me to read and review this book for them.  I was provided this book in exchange for my honest review.
Posted by Getting Your Read On at 4:00 AM