The Blue Between by Patricia Little 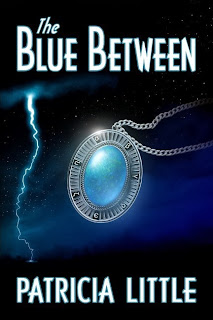 Sixteen-year-old Heather Lucas is the freak girl who got hit by lightning, and she has a scar on her palm to prove it. Since then, everything has gotten weird. Her mother left them, which makes no sense. Her Dad thinks she's a liar, because she won't explain why she keeps running away.The thing is, she can't explain it. She just disappears and then reappears miles away, with the scar on her palm tingling. In between, she drifts in a sparkling blue void outside of time and space, where indistinct forms of people float by, lost in the blue. Is she going crazy?

Odd things are even happening at school. Why would the new boy, Alex, be interested in her? He shows her a paper he's written about a place called Alanar. The make-believe city from Mom's old bedtime stories? What does he know about her mother? Heather is determined to find out, especially after she sees the scar on his palm, identical to her own.

The Blue Between has a great premise.  I was interested in it when I first read the blurb.  Although the story and ideas aren't necessarily original- freak lightning, special powers, other worldly people- it was put together in a way that it felt original for the most part.

The trouble I had with this book wasn't the concept or the story itself, it was just the lack of emotional feeling and depth that I was looking for.  I never felt personally invested or driven to read.  I just felt like it stayed on the surface and didn't go any deeper.  I wanted to care a lot more than I did.

Having said that, I do think this was an okay book.  I read it, I finished it and, like I said, the story line is a good one.  There were a lot of ideas I can really get behind as a reader.  I just wanted more feeling and depth.

There was some mild swearing and profanity. 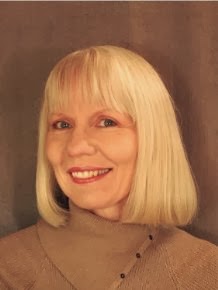 I'm currently living in Portland, Oregon; a wonderful city where you don't have to pay sales tax or pump your own gas. I've written three novels and several screenplays, all of them starting out in the real world and then veering off into the otherworldly.
​
The idea for The Blue Between was simply 'girl gets hit by lightning, then disappears and reappears somewhere else.' Okay, good start, but then what? I was originally going to tell the story with Heather as an adult, struggling with repressed memories of a traumatic event in her past. I wrote a short story about that event called Anywhere But Here, and it was a finalist in the Writer's Digest Writing Competition. That's when I decided to go ahead and stay with 16-year-old Heather as the events unfolded.

I'm currently working on the sequel, where Heather gets into even more trouble with Alex and the Travelers from Alanar.
http://www.patricialittle.com
Posted by Getting Your Read On at 4:00 AM