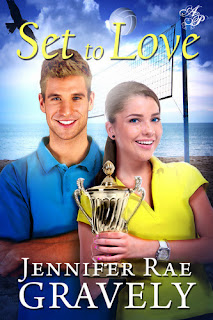 The championship is her dearest desire, not love. Recently appointed girls’ volleyball coach at Keowee High School, Randi Sly spends the night with rival coach Blake Steele after getting sick from drinking too much wine. Rumors swirl as the two battle for the State crown.

This was an easy reading romance from Astraea Press.  Randi is a strong character, way into volleyball and has the MOST annoying father.  I have no idea how and why a strong, grown woman would allow herself to be treated like a 2 year old by her father.  That whole relationship and dynamic was almost ridiculous to me.  He tells her what to do, how to be a coach, what time to come home, who she can date and on and on.  He checks up on her to make sure she is doing what he wants her to do.  Really?  Randi just takes it.  Rarely stands up for herself.  Sneaks around trying to hide.  And adult woman?  It's just weird.

And what kind of girl goes for a guy who knowingly pursued a married woman?!  That's exactly what Blake has been doing and it isn't him who ended that relationship, it's the married woman.  I don't think I ever really got over that where Blake is concerned.  :(

I did like how Randi and Blake's relationship evolved.  I enjoyed their interactions and I especially like it when it was them working together against all the nay-sayers.  The relationship between Randi and her almost step sister was endearing.  Randi works hard at being a good coach.  Her reputation mattered and I'm glad she didn't just dismiss that.

While there aren't any sex scenes, sex is mentioned and there are definite sexual overtones.

You can purchase Set to Love at Amazon.