As an old woman's lifeless body lies on a cold stone floor, her soul stands before an angel who offers her a miraculous opportunity: the chance to do it all again. But that is easier said than done. In order to change the path her life has taken, she must put aside years of self-loathing and pain, so she can help the young girl she once was become the woman she should have been. At 17 years old, Grace Bennett is a bitter young woman. Though blessed with a loving family, looks and brains to spare, she hides her light under a bushel, spending most of her time in the darkness of her mind with little more than sarcasm and self-pity to keep her company. But things are about to change for Grace. While delivering food for her family's bed and breakfast, she turns onto a desolate dirt road and drives straight into her destiny. It's on this isolated country lane that the damaged girl meets a strangely familiar old couple and two mysterious young men. Together the group fights the demons that surround Grace, and they teach her what it means to let her light shine. "Illuminating Gracie" is, at once, a metaphorical tale of the fight between good and evil and a spiritual saga of one girl's journey from darkness into the light. If you liked "Twilight" and "The Hunger Games," you will love the story of Gracie.

Illuminating Gracie is a book with such an interesting premise.  An old lady who has lived a cold and bitter life is offered a chance to go back and influence her younger self to choose a different and better path.  It really makes you think, right?  What would you do if you had the chance?  How would changing one decision alter the course of your life?  It's an interesting concept for sure.

This is a story of coming of age and of redemption with an added paranormal twist.  Demons and angels in the age old story of good vs. evil.  Mysterious men, lots of secrets and one girl with a large low self esteem problem.  I always like when characters make some sort of emotional or mental journey and grow into something better than when they started the story.  Gracie does this with the help of people around her.  When she starts to believe that she is smart enough and pretty enough and strong enough, the story reaches the best place.  I enjoyed many of the secondary characters who added much to the overall feel of the book.

The book starts out very slow but does eventually pick up.

I thought this was a good book, although not quite up to par with the likes of "The Hunger Games" or even "Twilight" as touted in the summary.

There is a bit of profanity (God and Lord used as exclamations).
“Locke?”
“Yes, Grace?” he answered. His kind, caring blue eyes gazed into mine with transparent concern.
“Where did Merc go?” I demanded. I had to know. This time, I had no intention of pretending I hadn’t heard the conversation. If my life was in jeopardy, I needed to know why and from whom.
I’d always envied damsels in distress, thinking how wonderful their lot in life must be to have some strong knight to love them and fight all their battles for them. But in the cold light of reality, I realized I just wasn’t cut out for the part. I couldn’t just stand by helplessly watching others take risks for me while I sat in my ivory tower (or French Chateau) drinking tea and filing my fingernails completely oblivious to the peril.
Locke hadn’t answered me, so I repeated the question more firmly. “Where did Merc go, Locke? I need to know where he is and I need to know what is going on.” I suddenly felt brave – strong – like Joan of Arc ready to take on whatever ominous enemy lay in wait for me. I wished I had a horse.
And there it was again: the blank look, the deer-in-headlights, innocent-as-a-newborn-babe look Locke had perfected. “What are you talking about, Grace? Merc hasn’t been here. You must have hallucinated when you were passed out.” He was lying. I was sure of it. That is, until the strangest thing happened.

Author Lisa C. Temple On thirty-nine Senior scrolls, the Headmaster of author, Lisa C. Temple's, small, private school wrote "Good Luck and best wishes for a prosperous future!" On the fortieth and final scroll, which was Temple's, the Headmaster penned the words, "Lisa, I can't wait to see to what use you put your unusual talents!" Temple spent the next 30 years trying to assuage her former leader's curiosity - and her own. She sold BMWs in her hometown of Montgomery, Alabama, and hillbillies (as a booking agent) in Nashville, Tennessee. In an effort to escape the enforced servitude of the Junior League, she even attended and was graduated from law school and passed the Alabama State Bar exam in 2002. Through it all, she battled problems and illnesses, many of her own making. But, it wasn't until her father - her hero - was diagnosed with Lou Gehrig's Disease (ALS), that Temple found her true calling - the "talent" that she finds joy in putting to use. "Illuminating Gracie," is loosely autobiographical and born from a desire to, if only, metaphorically right the wrongs of Temple's own past. It tells the story of a miserable old woman who is given the opportunity - by an angel - to go back in time and help the young girl she once was become the woman she should have been. "Illuminating Gracie," is the first book in a four-book series. The second book, "Instigating Gracie," is due for release in December 2013. Temple laughs when saying she has a loving and complicated husband she deserves, and a wonderful son and two loving stepchildren that she does not. She also shares her life with her beloved pets: Pomeranian, Phebe; Bordernese, Flash; and Tabby cat, MInx.

Blog Tour Giveaway $25 Amazon Gift Card or Paypal Cash Ends 12/31/13 Open only to those who can legally enter, receive and use an Amazon.com Gift Code or Paypal Cash. Winning Entry will be verified prior to prize being awarded. No purchase necessary. You must be 18 or older to enter or have your parent enter for you. The winner will be chosen by rafflecopter and announced here as well as emailed and will have 48 hours to respond or a new winner will be chosen. This giveaway is in no way associated with Facebook, Twitter, Rafflecopter or any other entity unless otherwise specified. The number of eligible entries received determines the odds of winning. Giveaway was organized by Kathy from I Am A Reader, Not A Writer http://iamareader.com and sponsored by the author. VOID WHERE PROHIBITED BY LAW. a Rafflecopter giveaway 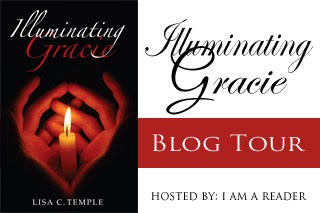