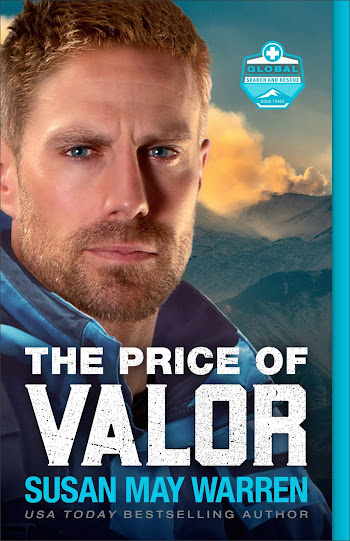 Former Navy SEAL Hamilton Jones thought that the love of his life was dead. But when a girl claiming to be his daughter shows up with a dire message from his wife, Ham knows he will stop at nothing to find her and bring her home.

Kidnapped by rebels while serving as an interpreter in Ukraine, Signe Kincaid has spent the past decade secreting out valuable information about Russian assets in the US to her CIA handler. Fearing for her daughter after being discovered as an operative, Signe sends her to Ham for safekeeping. She's ready to give her life for her country, and she can hardly expect Ham to rescue her after breaking his heart over and over.

When Ham discovers the reason Signe has kept her distance, he must choose between love for his wife and love for the nation he has vowed to protect. Will he save the many? Or the few?

USA Today bestselling author Susan May Warren takes you on a global search and rescue mission where the stakes are higher than ever in this final installment of her popular series.

Oh wow, was that an on the edge of my seat adventure!  I can't remember, did I even breathe while reading this book?!  I must have but seriously, it felt like I was holding my breath the whole time.  This story is fast paced and just doesn't let up.  I found myself surprised a couple of times and I really like that.

One thing I really like about this series is that it follows several characters in each book.  While this book give focus to Ham and Signe, Orion's and Jenny's continued story is going on as well.  There is so much going on.  Oh, and there were cross over characters from previous series as well!  That was fun!

I'm not sure I had a ton of emotional connection to the characters but I liked them a lot.  I felt invested in their outcome.  It's really hard not to like people who put so much on the line to save other people.  Heroes are the best kinds of characters.  Noble, brave, sacrificing everything.  Warren always gives her characters plenty of mental/spiritual/emotional growth which helps me feel like they are human with flaws even though they are pretty much saving the world.  It's always a good balance.

Is this really the end of this series?  Sad.  But I was sure grateful for the ending where happy endings reigned supreme.  It always feels good to reach a satisfying, positive conclusion.  I can't wait to see where this author goes next!

Posted by Getting Your Read On at 2:31 PM