Where the Stars Meet the Sea by Heidi Kimball + Book Giveaway 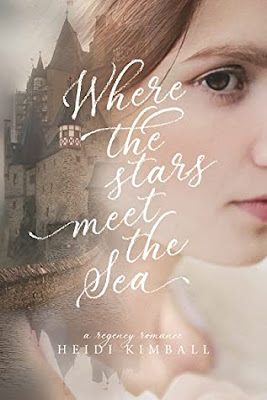 A broken man. A fiery young woman. Neither one's heart will come away unscathed.
Juliet Graham fervently counts the days until her twenty-first birthday, when she can claim the inheritance that will grant her the freedom she has always craved and the guardianship of her younger brother. Until then, she is trapped under her aunt Agnes’s domineering will. When forced to accompany the family to a house party at Shaldorn Castle, Juliet’s only objective is to keep to herself. That is, until a chance encounter with a boorish stranger stirs up an unexpected whirlwind of emotions in her. Thrown off-balance, Juliet does the unthinkable: loses her temper and insults the man—who turns out to be her unwilling host, the Duke of Halstead. Fully expecting to be sent away, Juliet is surprised when the brusque and callous duke instead takes an interest in her.

Drawn to the duke in unguarded moments, Juliet finds herself more and more intrigued by the man who shuns Society’s rules as completely as she does, and over the next few weeks, their unlikely friendship deepens into a connection neither expected.

But even as Juliet comes to recognize her true feelings, her scheming aunt issues an ultimatum that threatens the future she was just beginning to hope for. Juliet must choose: either break the promise she made to herself years ago, or lose the man who has captured her heart and soul.


I knew from the very first chapter that I was in for a great story- the kind of story you don't want to walk away from.  It was interesting, engaging and gave me so much to dig into with characters and emotions.  I was never sure exactly what Juliet would do or say next because she is quick to temper but only in a way that stands up for herself or others she cares about.  She is a loyal sister and devoted daughter even though her parents are no longer alive.  Her emotional connections to memories were where I really felt her deeply and came to love her.  Juliet definitely finds herself in a few more embarrassing scrapes which lead so some interesting interactions with the duke which were my favorite scenes in the whole book.  They are charged with all sorts of emotions- frustration, disappointment, tenderness, sadness, determination, attraction, comfort, embarrassment and so on.  It's what really kept me wondering and hoping the whole book through.  I really loved this story! 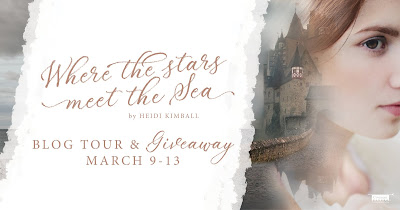