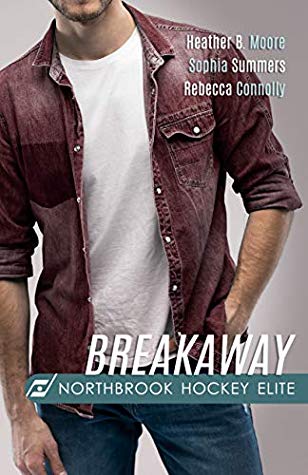 He’s trying to keep his position on the team, but everything seems to be working against him. She has one job to do and won’t let anything get in her way. Especially a hockey player.
Pro hockey player Declan Rivera is nicknamed Dice for a reason. His playing is either hot, or cold, just roll the dice. And right now, things aren’t great. He’s on his fourth trade, and once again, his contract is on shaky ground. So he vows to do everything he can to please the Denver Chargers team’s owner, even if it means taking part in the dreaded social media campaign.

Camila Brandon, daughter of the Denver Chargers team owner, is hired to amp up the team’s image and get tickets sold. This is not her first time dealing with a group of pro hockey players and working with them to turn social media into positive exposure for the team. She just has to stick to her rule of never dating a hockey player. Not even a guy like Declan Rivera, who is nothing like she expects, and makes her question her own rule.

I am loving this series so much.  Each book is individual but connected to the other books and characters from the other books.  It really gives it an overall sense of community and family that I find so attractive as a reader.  There is a feeling of camaraderie between the hockey players even when they are opponents on the ice.

Declan (Dice) is a fantastic character.  I loved how hard he tries to be better and more consistent.  Not just for himself but for his mother as well.  He is a kind and patient son who really cares for his mother (and her cat!).  It's endearing.  Declan is fierce on the ice though and the contrast between that and his off the ice, private personality was interesting.  I loved the steady and gentle build to Declan and Camila's relationship.  It was sweet and easy to fall into.  I enjoyed it!

- I received a complimentary copy of this book.  All opinions expressed are my own.
Posted by Getting Your Read On at 10:08 AM