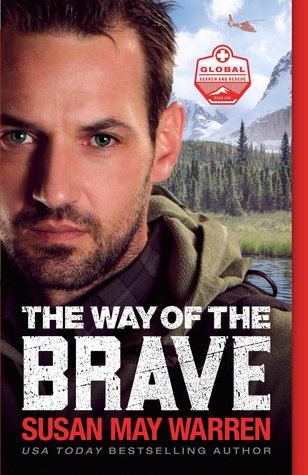 Former pararescue jumper Orion Starr is haunted by the memory of a rescue gone wrong. He may be living alone in Alaska now, but the pain of his failure--and his injuries--has followed him there from Afghanistan. He has no desire to join Hamilton Jones's elite rescue team, but he also can't shirk his duty when the call comes in to rescue three lost climbers on Denali.

Former CIA profiler and psychiatrist Jenny Calhoun's yearly extreme challenge with her best friends is her only escape from the guilt that has sunk its claws into her. As a consultant during a top-secret mission to root out the Taliban, she green-lighted an operation that ended in ambush and lives lost. When her cathartic climb on Denali turns deadly, she'll be forced to trust her life and the lives of her friends to the most dangerous of heroes--the man she nearly killed.

Her skills and his experience are exactly what's needed to prevent another tragedy--but in order to truly set Orion free from his painful past, Jenny will have to reveal hers. They'll have to put their wounds behind them to survive, but at what cost?

It took me a bit to really get into this book. There are a lot of characters introduced quickly and it was hard enough to keep everyone straight at first let alone make emotional connections.  I can see that this story is laying the foundation for the series to come and there are many, many players in this game.  Each book will add a layer to an overarching story/mystery to be solved.  It's exciting to think about.

I have no idea how people willingly go into places like Denali where it's well below freezing, you can never get warm, you eat nasty things and seriously?  It's a death trap.   It absolutely boggles my mind.  But, welcome to a whole story of characters willing do this.  😳  A story of a whole group of characters who nearly freeze to death, starve, get altitude sickness, fall over cliffs, get injured, and almost die on more than one occasion.  Yup, it's one harrowing experience after another.  It's intense and my body was so locked up for half this book!  I had to remind myself to relax.

It was interesting to see how the different characters handled guilt and fear.  Not everyone responds the same in extreme situations which is what makes us human and individual.  I like how this author portrays that.

Meanwhile, Orion and Jenny come in contact after 3 years apart.  There are many things swirling around them from the past and it's all mixed in with some pretty yummy attraction.  I liked how things came together in the end and how I could feel the shift in not only the characters but the story line as well.  I'm looking forward to the next book!

Content: some violence, peril, death, kissing, Christian elements (a bit on the heavier side)

- I received a complimentary copy of this book. All opinions expressed are my own.