I don't know if this will come as a surprise or not but not all books I read make it to the blog.  😲  Sometimes I only post on Facebook, Amazon or Goodreads.  It just depends on why I'm reading the book and what I've promised to do.  Sometimes I'm part of a blog tour, sometimes I'm asked by an author to review and sometimes I'm just reading books because I have an extra minute and wasn't part of a review group.  These are books I've bought or picked up with Kindle Unlimited so reviews only go on Amazon and Goodreads.  That's what the following books are part of- books I picked up with only a review on Amazon when I was done.  They are only a couple sentences, but hopefully it's enough to spark your interest. 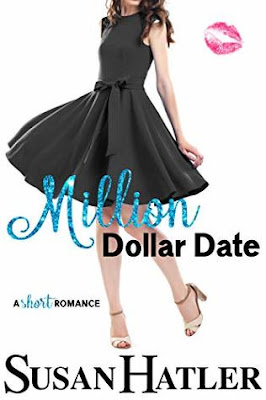 Abigail Apple is running late to meet her blind date when she’s pulled over for speeding. Unfortunately, the follow-the-rules cop doesn’t care that she’s late, let alone that she’s heartbroken because her favorite dog rescue is in danger of being closed. Now she has to meet her date with mud drying on her heels, dog hair covering her dress, and the smell of a barn perfuming her hair. When she arrives, however, Abigail learns her handsome blind date is none other than the cop who pulled her over.

Abigail has no intention of staying until she learns Cooper Hill is heading a committee for the city that will award a six-figure donation to a charity of their choice. So, what’s a girl to do? Abigail decides a second date is the perfect way to convince Cooper to vote for the dog rescue. Soon, however, Abigail is less interested in Cooper’s vote than she is in his deep voice, kind heart, and tender touch.

Will this follow-the-rules cop and this follows-her-heart animal lover learn that despite poor first impressions, second chances can lead to love?

This book was entertaining and fun. I love when books make me smile and this one definitely did that. Awesome dialogue, likeable characters, sweet romance and doggies! Save the doggies! I also love the cover with that bit of blue sparkle. I'm excited for more in this new series by Susan Hatler!

Second up is D is for Doctor (ABCs of Love Sweet Romance Book 4) by Brenna Jacobs: 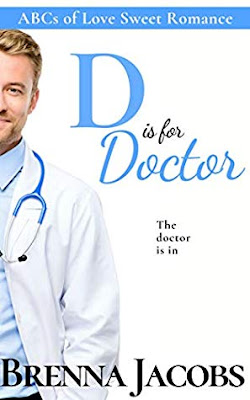 ER doctor David Daniels thinks his neighbor, Avery, is way out of his league. But chemistry is chemistry, and he's pretty sure they have some. If only she wasn't dating someone else . . .

Avery Middleton thinks her neighbor is cute in a dorky brother kind of way. But the more she gets to know him, he seems a little less like a brother and a lot more like the sexy doctor next door. If not for her recently rekindled relationship with a boyfriend from the past, she might give the doctor a second look.

When David learns something incriminating about Avery's boyfriend, he's forced to decide: play it safe or risk his friendship with Avery and possibly his career to tell her the truth.

Will the sparks between David and Avery be enough to turn their friendship into more?


Very cute! I loved the setting (think beach!) and I loved David. Bumbling, blushing, sincere David. He was the star of the show. Fun addition to this series!

The next book is Something New by Joanne Bischof 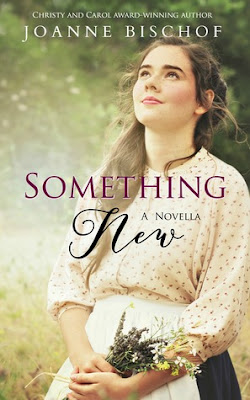 After waiting four years for her best friend to return from sea, Wren Cromwell's dream of building a life with Tate Kennedy has wilted during his unexpected absence. Then, just as suddenly as he departed the mountain of their childhood, he returns, bringing with him tales of Norway's icy fjords and his time aboard ship on the North Sea. As spring unfurls around them, so unfolds a new hope in Wren's heart, and a new chance at love on the horizon. But with Tate's longing for exciting voyages still alive, will he vanish to the high seas again, or will this land he's returned to, and Wren's steadfast love, be enough to nurture his adventurous spirit?

How very, very sweet and gentle. I loved this tender story of reconnecting love and I loved Tate. He has to be the sweetest man ever. His devotion was demonstrated in his every thought and action. 💙 This is a novella length story. 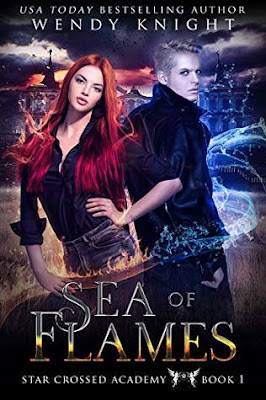 He's loved her since he was five years old. And he will never feel her touch.
Adara is literally fire, and Beck is ice. Even the barest hint of touch burns them both.
He loves her with everything he has. Which is why he has to let her go.
Beck and Adara were raised together at Vitolas Academy, an elite boarding school for elementals. They learned to add, subtract, read, and harness the powers flowing through them.
They learned to fight.
To become soldiers.
Warriors.
Hunters.
But never lovers. It would hurt too much.
It takes everything Beck has to keep Adara at arms' length. She deserves a life with physical affection, and that's a life he can't give her. Not without a miracle.
A miracle that might come from the last source he expects--the monsters that he's spent his whole life learning to fight. The monsters that threaten his whole world.
The monsters that hold the key to Adara's heart and soul.

I was in the mood for something different than what I've been reading so I decided on a paranormal book.  With elemental powers, these characters are fighting the classic fight of good vs. evil.  They are being trained to use their powers to fight against the chaos.  It's YA and the main characters are mostly high school age but it didn't feel overly teenage dramatic.  In fact, I enjoyed it enough to pick up the following books in this series (there are six total).  Yup, I read them all in one weekend.  It was a good side binge from my regularly scheduled reading.  ;)  You should definitely read these books in order because it's a continuing story line with each book focusing on different characters, although all characters are present throughout all the books.  I loved the growing connections between the characters and how they all learned how to work together to make everyone stronger.  There was a strong sense of loyalty and family which I am always drawn to.
Content:  some mild swearing