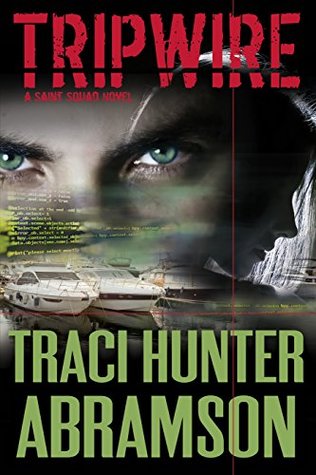 Jane Napierski is back at work at the job she loves—being a personal assistant to her friend Sienna Blake, a rising star actress. The duo is on location in Virginia Beach to film Sienna’s new TV series, along with costar Reed Forrester—the man with whom the world thinks Sienna is in love. Wrong.

Sienna’s heart actually belongs to her fiancé, Craig, a Navy Seal with the Saint Squad. Craig must fly under the radar if he is to keep Sienna safe from his world of terrorists and toxic bombs. And Reed has no problem pretending to date his old friend Sienna simply because it means he can spend time learning more about Jane. Making a TV series is grueling work but not nearly as difficult as the treacherous adventure that is about to begin with a simple photo taken in the wrong place at the wrong time—an image worth killing for.

When Craig returns to the United States to spend time with Sienna, he’s not expecting to spend that time protecting her and Jane. Frightening incidents targeting the two women rapidly escalate, and as Craig and his Saint Squad investigate a tangled conspiracy, they find themselves tracking, here at home, the terrorists they have searched for across the globe. But can they shut the terrorists down in time to save Jane, Reed, and Sienna?


Yay! for another book with the Saint Squad!  I love this military based series that gives me light suspense and a bit of romance as well.  What I really love about this series is that it's a group of friends and they are in every book, sometimes in the spotlight, sometimes in the background but always there.  It gives the series such a feeling of continuity and family.  I love it.

This book actually has two characters from the last book, Craig and Sienna, prominently in this book as well.  Reed is a newcomer on the scene and Jane steps into the spotlight with him.  I enjoyed the setting and I'm longing for a beach house just like Sienna's or Reed's- but without the bombs and stress.

This was an enjoyable read from beginning to end.  I always love Traci Abramson's books.

Content:  some violence, kissing.  LDS fiction so there are some mentions of religious things- going to church and praying.

a Rafflecopter giveaway
Posted by Getting Your Read On at 11:58 AM