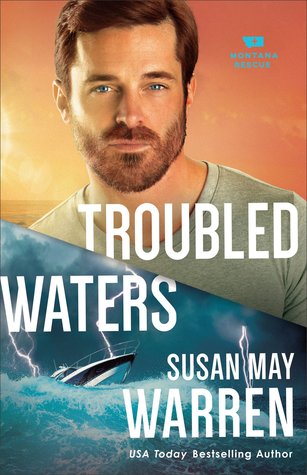 Billionaire Ian Shaw can have everything he wants--except a happy ending. Or at least that's what it feels like with his fortune recently liquidated, his niece, Esme, still missing, and the woman he loves refusing to speak to him. In fact, he doubts she would date him even if they were stranded on a deserted island.

Despite her love for Ian, Sierra Rose knows he has no room in his life for her as long as the mystery of his missing niece goes unsolved. The only problem is, Sierra has solved it, but a promise to Esme to keep her whereabouts secret has made it impossible to be around Ian.

When the PEAK chopper is damaged and Sierra lacks the funds to repair it, Ian offers a fundraising junket for large donors on his yacht in the Caribbean. But the three-day excursion turns into a nightmare when a rogue wave cripples the yacht and sends the passengers overboard. Shaken up and soaked to the bone, Ian finally has a chance to test his theory when he and Sierra do indeed find themselves washed up on a strange, empty shore.

It will take guts and gumption for the PEAK team to rescue the duo. But it will take a miracle to rescue Ian and Sierra's relationship.

This is one of my favorite series.  Well, the previous series, Montana Fire is my favorite, but this is a close second to it.  These books are SO good.  I think one of the reasons for this is that the characters cross over to other books.  Sometimes they are in the spotlight, sometimes they are in the background, but they are always there.  The characters become familiar and personal- like family.  I really love that feeling.

Ian and Sierra are two people that have been swirling around in every book of this Montana Rescue series.  They even have their own novella!  Theirs is the longest drawn out soap opera like relationship of the series.  This book has been a LONG time coming for Ian and Sierra.  You won't believe the drama that awaits you in this book!

This whole series is full of adventure and danger.  Usually this occurs in the mountains of Montana, but this book takes things out to the Caribbean.  It was terrifying, honestly.  I really want to go read all about rogue waves now but I'm kinda scared to.  I don't know if it will help or make me more afraid!  Regardless, this book had me on the edge of my seat more than once.  My feelings were invested and I was all in.

This is a series you really need to read in order.  There is progression for all the characters in each book and if you skip one, you won't really get all the back history.  I was so happy to see some resolution for Ian and Sierra and I just know they will be appearing in future books which makes me even happier.  Nobody ever really goes away in this series.

- I received a complimentary copy of this book from the publisher at my request.  All opinions expressed are my own.

Posted by Getting Your Read On at 3:44 PM