Cover Reveal for VEINS OF GOLD by Charlie N. Holmberg 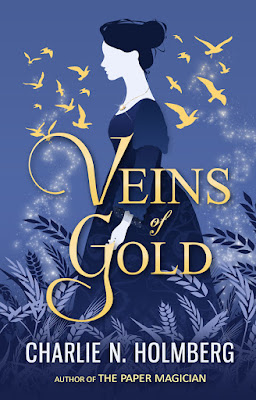 Winn not only sees the magic, but controls its hunger by feeding it gold—the very thing Gentry’s father left to acquire. But the earth’s unrest only grows worse, and Gentry’s fear leads her to a terrible choice: marry a wealthy man she does not love, or trust in Winn’s unpredictable power to save her family.  Release date: July 17, 2018