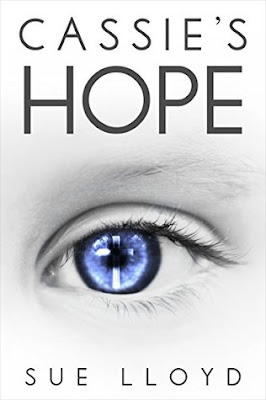 A gentle but strong, brave and compassionate story that tugs at the heartstrings. Young Adult writing at it's best. Can an adorable beagle change the lives of everyone she meets?

Hope rises like a phoenix from the ashes of shattered dreams ”" S. A. Sachs

Cassie Larimer is fourteen years old. She was diagnosed with leukaemia just one year ago and her world has since changed forever.

Hope is a five-year-old beagle. She is testing a second-generation leukaemia drug at Morton Animal Research Centre (MARC)

Alice Anders is a news anchor for NOW! She conducts a live report from MARC one day which profoundly affects many of the people who witness the virtual tour.

Cassie Larimer was one of the viewers that day as she watched from her hospital bed.

Something magical happens when Cassie sets eyes on Hope for the first time. She feels a psychic bond with this charming little dog and sets out on a mission to rescue her from certain doom.

Will Cassie be able to keep her promise?

If you are a dog lover, you might really love this book.  This book revolves around a beagle named Hope who is being used in a medical testing facility.  She is a special dog and everyone who comes in contact with her feels that.  Cassie falls in love with Hope after seeing her on a TV news show and is determined to help save Hope after her medical testing is finished.

I thought this story was original and very sweet.  I've never read anything quite like it.  It was pretty slow moving though and I found myself skimming a few times.  I could also tell that the author wasn't American even though her characters were supposed to be.  There were many phrases and words that just weren't typical for Americans.  It made the characters less believable to me.

Overall this book was just okay for me.  I give it points for originality though.

Posted by Getting Your Read On at 7:47 AM