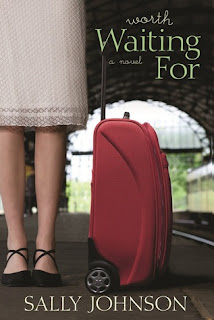 Sophia thought she was over her broken heart, but the news that her roommate has eloped with Sophia's ex-husband hits the nineteen-year-old like a ton of bricks. She knows she should be fine with the unexpected revelation--after all, her boyfriend, Luke, is incredible, but it would seem her heart is not as resilient as she thought. And as Luke prepares to leave for his European study abroad, Sophia's feelings of fear and inadequacy threaten to overwhelm her.

A summer with her family in Las Vegas gives Sophia the time she needs but she still can't shake the questions haunting her, the questions that continually threaten to put more than physical distance between Luke and her. Is she really ready to jump into a new relationship when the last one ended so painfully? Will her divorce always define her? Is she the one with the problem?

As she wistfully observes others' love stories blossoming around her, Sophia must decide whether she's prepared to take another chance on love. Luke's return from Europe forces Sophia to confront the decision she's not sure she's prepared for--will her troubled past destroy the happy ending she's always dreamed of?

I didn't realize when I started reading this book that it was the second book in the series.  I haven't read the first book (The Skeleton in My Closet Wears a Wedding Dress) and I don't know if that affected my reading or not.  I didn't feel like I was missing out on anything big and I was never lost as to how the story was going but I was probably missing out on knowing the characters better since they were also in the first book.

Sophia has been through a lot of emotional turmoil in her young 19 years.  While she seems to be making some headway in moving forward, she keeps looking back.  She just cannot seem to let go of the hurt and worry.  I liked Sophia, but I didn't fall in love with her.  Maybe that's where not reading the first book comes into play?  I found myself frustrated with her a lot of the book.

Luke is like the patient prince of the kingdom.  He is gentle with Sophia and he is kind.  But everyone has their limits and Luke reaches his and finally gets as frustrated with Sophia as I did.

I liked this book.  It was a firm like for me but it wasn't love because I was frustrated by Sophia for too much of the book.  This is an LDS fiction book so religion plays a large part in the book and in the character's decision making.