It's time to leave Earth and cross over to the other side... it's not as far away as you think!! 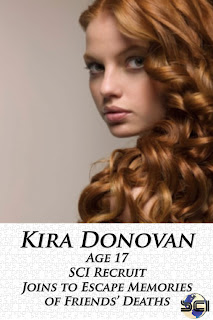 Meet Kira Donovan. Fiercely loyal, overly optimistic, and ensnared by the promise of a full-ride college scholarship, Kira signs the SCI Recruit contract to escape memories of a tragedy that left her boyfriend and friends dead.

Meet Blake Sundry. Bitter about being raised in Exile and his mother’s death, Blake’s been trained to infiltrate and destroy the SCI. Current barrier to success? His Recruit partner—Miss Goody Two Shoes Kira Donovan.


Daynight is one of those books with such an interesting premise. An alternate world that mirrors Earth? There are so many cool ideas in this book. I thought everything was so creative. It was honestly a parade of crazy good ideas.


There are some pretty interesting characters going on in this book. The beginning of the story sets up so much in this book. It really gave me the hook I needed to become involved in this story.


While I loved the premise of the book and individually I like all the characters, I did have a hard time with how the story was laid out. Sometimes it was hard to follow and I got distracted. I'm really not a fan of love triangles for the most part. I just don't love them. This was no exception. As I said, individually I like all the characters, it's just the triangle thing.


While this is a YA book, I would recommend an older YA audience. There is lots of talk about sex in this book. The book calls it "cleaving" and there is a LOT of cleaving talk. It started to annoy me a bit. In addition, there is drinking, drugs, mild swearing and violence.

Introducing...  the new Novella:  FREE for the Tour!

Meet The Second Chance Institute (SCI): Worldwide non-profit and do-gooder organization. Their motto: Because Everyone Deserves a Second Chance at Life(TM). Reality: hidden behind every kind act is a dark agenda designed to gain control and force societal and moral extremes. Currently, the SCI’s pushing Project Liberate, a program to woo the poor and downtrodden into their Clean Slate Complexes—where “everything is provided” from jobs to food, shelter, clothing, and education. Unfortunately, as with all things that sound too good to be true, there’s a catch…

Meet Alexa Knight. Feisty, tough and currently homeless in Los Angeles, Alexa agrees to help the SCI in return for medical care for her sick mother. When she starts to suspect there’s more to the SCI than meets the eye will she believe Adam—the boy who saved her life and the SCI’s biggest champion, or Joshua—the attractive enigma who sings about conspiracy theories and pretends to be someone he’s not?

Full of action, humor, romance, twists and turns, clean slate complex is a companion story to the highly-praised dystopian novel, daynight. It can be enjoyed before or after reading daynight.

I actually enjoyed the novella more than the book, I think. It really helped me link the whole story of the SCI in my head. In the book we get to enter the alternate world and in this novella we get to see how things are connected to the Earth and what is happening here. It was cool to be introduced to new characters. I really liked them.

We get a glimpse of the characters from daynight in this novella and it definitely perked my interest in the next book to see how everything fits back together and intertwines.

As with the other book, there is mild swearing and violence but not any cleaving talk which I really appreciated.

Megan Thomason lives in paradise aka San Diego, CA with her husband and five children. A former software manager, Megan vastly prefers writing twisted tales to business, product, and marketing plans. When she isn't typing away on her laptop, she's reading books on her phone—over 600 in the last year—or attending to the needs of her family. Megan’s fluent in sarcasm, could potentially benefit from a 12-step program for road rage, struggles with a Hot Tamales addiction, loves world travel & fast cars and hates paperwork & being an insomniac. Daynight is Megan's first published novel, but fourth written one. 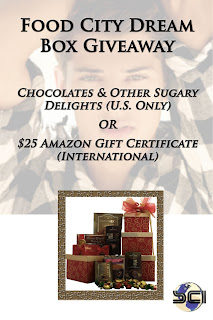 
Choose what you enter to win wisely. Your stay on Thera may be extended indefinitely. 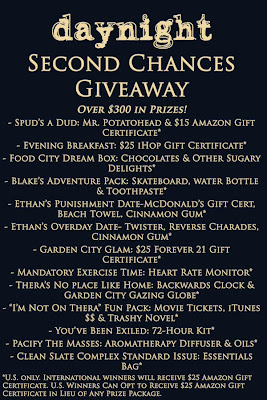 Highlighting a different giveaway every daynight of the Tour... International Winners will receive a $25 Amazon Gift Certificate and US Winners may choose $25 GC in lieu of Prize Package.

US only. International winners will receive $25 Amazon gift certificate. US winners can opt to receive $25 Amazon gift certificate in lieu of any prize package.Open only to those who can legally enter. Winning Entry will be verified prior to prize being awarded. No purchase necessary. You must be 18 or older to enter or have your parent enter for you. The winner will be chosen by Rafflecopter and announced on Rafflecopter and Grand Finale posts as well as emailed and the winner will have 48 hours to respond or a new winner will be chosen. This giveaway is in no way associated with Facebook, Twitter, Rafflecopter or any other entity unless otherwise specified. The number of eligible entries received determines the odds of winning. Giveaway was organized by Burgandy Ice @ Colorimetry and Prism Book Tours and sponsored by Megan Thomason. VOID WHERE PROHIBITED BY LAW.