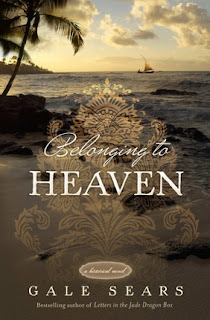 Descended from the Hawaiian royal line, Jonathan Napela became one of the first—and most influential—converts to the Church in Hawaii. A man of intelligence, social status, and wealth, he used his considerable position to further the gospel in his native land. He developed a lifelong bond of brotherhood with Elder George Q. Cannon, helping to translate the Book of Mormon into Hawaiian and establish a gathering place for the Hawaiian saints in Laie, Oahu. But when his beloved wife, Kitty, was stricken with leprosy, Jonathan made the defining decision of his life. He would leave his life of privilege to become her caretaker and spend the rest of his life on Molokai, the island of lepers. To those who suffered similar heartbreak and banishment, Jonathan’s self-sacrifice became their lifeline. Based on true story, this is an extraordinary novel of a man who chose love in the face of death.
This is an LDS (Mormon) fiction book based on the true stories of Hawaiian native Jonathan Napela and George Q. Cannon, a Mormon missionary serving in the Hawaiian Islands.  This book is based on religious beliefs.
This book, for me, was interesting.  I love getting a history lesson in a story without really feeling like it's a history lesson.  The history of the people in Hawaii is such a captivating one.  Their love and deep respect for the land is inspiring to me.  Hawaii is a beautiful place and I want to go back there.  Soon.  :)
Most of the book was very slow moving and gentle.  We follow the life of both Jonathan and George.  They were both strong and influential men who lived lives in service to God and community.  Life is not easy.  No matter who you are or where you are, life's challenges, struggles and joys will find you.
The last third of the book is where I found my emotions running deep.  When Jonathan's wife learns she has leprosy, Jonathan makes the ultimate act of devotion and love and moves with Kitty to the island of the lepers.  From there the story absolutely touched at every heart-string I own.  It was moving and emotional.
I really loved the story and friendship between Jonathan and the Catholic priest who also gave his life in service to the outcast people on the island for the lepers.  It didn't matter what the religious differences were between them, they worked together for the common good of the people.  Serving and loving.   They were confidants and friends.  I wish we could be more like that in this world now.  Respecting and accepting of everyone's religious choices but working together for the common good of the people with love.
Overall a good book with lots of history.  It did move a bit slowly for me.  It wasn't a book I plowed through with fervor, but it was a sweet story of friendship, love and devotion.  I'm better for having read it.
Enjoy the following excerpt from Belonging to Heaven
Catherine Keliikuaaina Richardson walked beside his son in regal splendor. Her brown hair hung in waves down to her knees. She wore a white holoku in the style that was part missionary and part Hawaiian. Long sleeves covered her arms and a high collar came up to cover her neck.The soft fabric hung loosely from a square yoke that was edged with white ruffles. On her head she wore a wreath of bright yellow‘ilima flowers woven with ferns and the golden tail feathers of the o-o bird. Her golden brown skin glowed in the morning light and the sight of her drove reason from Waaole’s head.

Jonathan chuckled as he helped Catherine and then his father into the carriage. He leaned over and whispered to him.

“When we are out of sight of the village we will take off our suit coats.” He climbed up, took the lines in his hands, and commanded the horses to walk on. As he waved to the villagers, Jonathan smiled. It was a smile that felt its way through his entire body. Today was a good day. 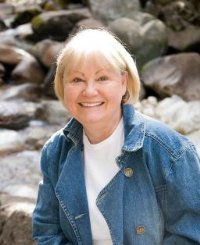 Author Gale Sears
Gale Sears is an award-winning author, known for her historical accuracy and intensive research. Gale received a BA in playwriting from Brigham Young University and a master’s degree in theater arts from the University of Minnesota. She is the author of the bestselling The Silence of God and several other novels, including The Route, Christmas for a Dollar, Autumn Sky, Until the Dawn, and Upon the Mountains. She and her husband, George, are the parents of two children and reside in Salt Lake City, Utah. 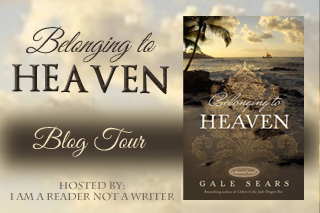