I Have People by Taylor Dean: Blog Tour, Guest Post and Giveaway!

Holly Sinclair is happily married to the love of her life, Gabriel. Young and in love, Holly hopes to have their first child soon. Of course, Gabriel wants to wait till Holly’s health is restored, much to Holly’s dismay. She feels perfectly fine. So what if she just woke up from an eight-month coma? So what if some of her memories are missing? She remembers Gabe and that’s all that matters, right?

That is, until HE enters her life again . . . she forgot about HIM.

Wow.  I was interested in reading this book from the beginning when I signed on to be a part of this blog tour but I had no idea I would love it so much.  That took me by surprise.  I love when a book does that.  It's awesome.

I.  Love.  I Have People.  This book kept me engaged the whole way.  The way the author flipped from the present to the past to tell the whole story was so good.  You might think it would be choppy or hard to follow but it really wasn't.  I think the way the story unfolded was one of the best things about this book.

I fell in love with Holly and Gabe.  Gabe is all that is sigh and swoon worthy.  A true good guy in every sense.  I wish I could tell you all the reasons that I love Gabe but I'm afraid I would ruin things.  You'll just have to trust me and read this book.

I Have People deals with the very sensitive and serious subject matter of domestic abuse.  Even though this is a weighty topic, the book never felt over done or bogged down in darkness.  There were, of course, times when I cringed and my heart hurt for all the many women suffering from the many forms of domestic abuse.  It is really heart breaking and so wrong.  The subject matter is dealt with well in this book.  Real without becoming consuming.  Well done.

Because of the nature of domestic abuse, my content warning would be that this is an adult book, not a YA book.  There is some violence.  Sex is talked about but there are no descriptive sex scenes in this book.  Most of the sex discussed is within the bonds of marriage.  There is some mild swearing.

I really, really enjoyed this book.  It was one of my favorites in the last month and one I would probably read again. 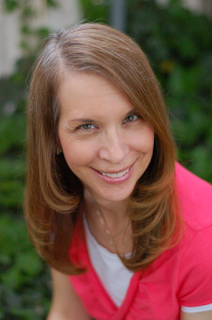 Taylor Dean lives in Texas and is the mother of four grown children. Upon finding herself with an empty nest, she began to write the stories that were always wandering around in her head, quickly finding that she had a passion for writing, specifically romance. Whether it's paranormal, contemporary, or suspense-you'll find all sub-genres of romance in her line-up.

Today I am happy to include a guest post by author Taylor Dean.  It's always fun to get a little snippet into an author's head.  So enjoy the following!  Thanks Taylor!

Because I Have People deals with the very sensitive issue of domestic abuse, I knew I needed to add something to the book that would lighten things up a little. The main character, Holly, suffers from memory loss. Because of this, she feels a little confused and mixes up her words sometimes. It’s a constant reminder that Holly is not functioning at optimum level and reminds the reader that maybe, just maybe, her memories are skewed. And if her memory is skewed, then it begs the question, is her life really what she believes it to be? 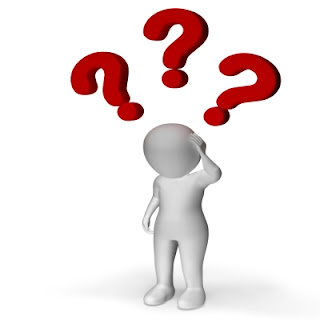 I had great fun writing the scenes where Holly confuses commonly used clichés. Maybe it’s kinda silly, but a little comic relief was called for to balance out the intensity of certain scenes. Here are a few examples:

Cliché: Happy as a clam.
Holly says: “I’m happy as an oyster.”

Cliché: Fit as a fiddle.
Holly says: “I feel perfectly well, as good as new. Same as I’ve always felt, fit as a violin.”

Cliché: Cloud nine.
Holly says: “I was on cloud ten.”

Cliché: An axe to grind.
Holly says: “I don’t have a hammer to grind with you.”

10 ebooks to US or International winners
Open only to those who can legally enter. Winning Entry will be verified prior to prize being awarded. No purchase necessary. You must be 18 or older to enter or have your parent enter for you. The winner will be chosen by Rafflecopter and announced on Rafflecopter and Grand Finale posts as well as emailed and the winner will have 48 hours to respond or a new winner will be chosen. This giveaway is in no way associated with Facebook, Twitter, Rafflecopter or any other entity unless otherwise specified. The number of eligible entries received determines the odds of winning. Giveaway was organized by Burgandy Ice @ Colorimetry and Prism Book Tours and sponsored by Taylor Dean. VOID WHERE PROHIBITED BY LAW.