Not Dead Yet (Guardian #6) by Traci Hunter Abramson 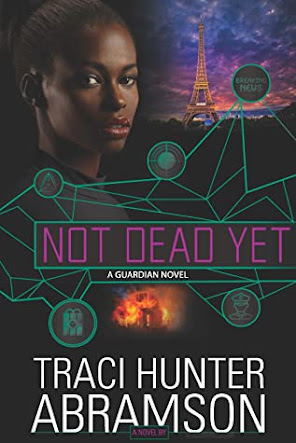 Cassidy Edgemont has been dead for four years. At least, that is what the world has been led to believe. After becoming unwittingly entangled in a group called the Coalition, known for using fake news to generate political unrest in the United States, Cas was offered a devastating choice: stage her own death and join her rescuers, the guardians, or risk the wrath of the organization she betrayed. She chose death.

As an invisible government operative, Cas has been living in Paris with no complications—until her family pays an unexpected visit to the European city, changing everything. They think Cas is dead, and she has to keep it that way. But when a bomb is detonated nearby and fake news incites riots in the city, Cas recognizes the mark of the Coalition.

Donovan, a fellow guardian, is summoned to join her in Paris to attempt to untangle the intricate web linking Cas’s past with the recent bombings. But as the threat level escalates, Cas must again make an impossible decision: face possible exposure to her family in her race to uncover the truth or risk the loss of innocent lives.

Wa-hoo!  I feel like cheering because we finally have another book in the Guardian series!  I love this series so much.  Romantic suspense!!  This book is just good entertainment in reading.  Danger, suspense, and a bit of romance.  Smart, strong characters.  What more could I want?  Well, I always want more as a reader, especially from this author writing in this genre.  I'm greedy like that.

Cas and Donovan have both given up so much.  Life is lonely for them both and I just felt so sad for them, especially as we got to know more and more of their backstories.  My heart really wanted a happily ever after sort of beginning for them.  They worked well together and I loved how their friendship grew each day.  It was a gentle sort of romance that took a backseat to the plot driving the story forward but I sure do love driving plots.  So exciting!

I also want to go to Paris and eat all the food.  Also, I was so glad to see old friends from previous books popping up in this story, giving this series the feeling of family.

I loved this book!  It's a great addition to this series, which is one of my favorites.  Go grab it, curl up with it and be entertained, beginning to end.  Thank me later.  😉 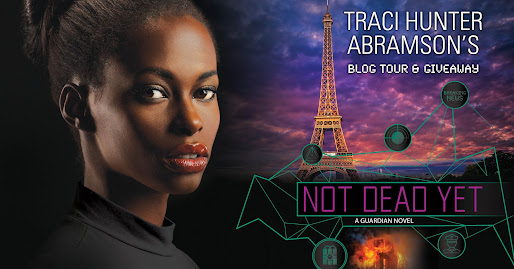