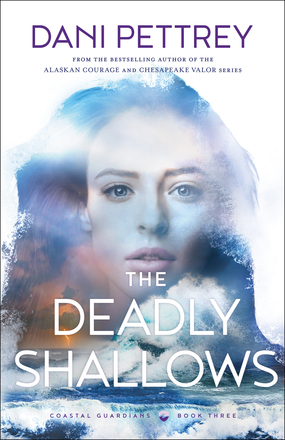 A DEADLY ATTACK.A STOLEN WEAPON CAPABLE OF IMMENSE DESTRUCTION.A PAINFUL SECRET THAT THREATENS TO TEAR TWO HEARTS APART.
CGIS Agent Noah Rowley is rocked to the core when several of his valued team members come under fire on his Coast Guard base. He and his remaining team race to the scene and end the attack, but not before innocent lives are lost. Furious and grief-stricken, he vows to do whatever is needed to bring the mastermind behind the attack to justice.

Stunned by the ambush, Coast Guard flight medic Brooke Kesler evacuates in a helicopter carrying the only surviving gunman. The gravely wounded man whispers mysterious information to Brooke that immediately paints a target on her back.

As Brooke and Noah race to uncover answers, emotions between them ignite. Noah struggles to protect Brooke at all costs and to conceal the secret that prevents him from becoming what he longs to be--the right man for her.

Everything is at stake as a horrifying truth emerges. . . .

The attack wasn't the end game. It was only the beginning.

When you decide to read this book, you should block out a solid chunk of time because you aren't going to want to put this book down.  It's fast paced and full of danger, action and mystery.  I love romantic suspense and this author does it so well.

This book starts out in the thick of the danger and the plot grows with intensity and scope throughout the book.  The bad guys are obvious to the reader but not the characters, so that gave me anxiety.  haha.  The tension was strong and I was reading so quickly I had to purposefully slow myself down and remind myself to savor and enjoy.  It didn't really work.

Brooke and Noah are friends.  They both want more but neither of them is laying it on the table in the beginning. Then, all the bad things happen and that sure has a way of changing how you look at relationships and life.  I love the way Noah shifted to protector mode.  He is smart and loyal and good.  The same can be said of Brooke.  They both jump into danger to protect people and they have an awesome team of friends and coworkers around them to assist them in this.

This is the third book in this series and I would recommend reading it in order because I think you will be happier if you do.  Characters from previous books are in this book so it will make those personal connections even better.

Posted by Getting Your Read On at 9:01 AM