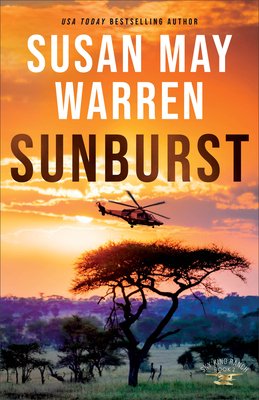 When former Navy SEAL and lifelong bachelor Ranger Kingston is called upon to take part in a rescue mission to save his brother Colt, who has been kidnapped by terrorists in Nigeria, he is shocked to find among the hostages a woman he knows and could never forget.

Noemi Sutton was attempting to return a young girl to her family in Boko Haram territory when she and the girl found themselves taken hostage, along with several others.

And while Ranger Kingston may be able to get the hostages away from their captors, he'll need Noemi's help if he ever hopes to get out of Nigeria alive.

Her solution? Pose as husband and wife. But when her uncle discovers the union, he insists on a traditional Nigerian wedding--binding Noemi to a man destined to break her heart. Worse, she's discovered the real reason she was kidnapped, and anyone around her is bound to be caught in the cross fire. Including her so-called new husband.

She'll need to figure out a way to leave the man she loves if she wants to save his life.

Romantic suspense anyone?  It's one of my favorite genres and this author does it really well.  Sunburst is book two in this series that really needs to be read in order.  Each book builds on the storyline with the main focus shifting to different characters.  Just trust me and read this series in order.  😉

Right out of the gate we are thrust right into a dangerous hostage situation.  Well, first the prologue, which was very sweet and set things up romantically between Ranger and Noemi.  Then the dangerous situation.  It started in Africa and ended in Alaska, if you can imagine that.  The danger is pretty much a constant in this book as you start to feel the plot and the "bad guys" converging.  I love that we still have the whole Kingston family starring in this even as Ranger is in the spotlight.  Ranger.  So tough.  So tortured by things past and present.  So honorable.  I loved him.  Of course I did.

Noemi?  Probably equally as tough as Ranger.  She's definitely no stranger to loss and hurt yet she doesn't give up.  I loved the glimpse into the heritage and tradition of Nigerians.  It was so interesting.

I loved the momentum of this book because it just didn't let up.  It was either run for you life or emotional connections and that kept me invested the whole way through.  This book ends in an emotionally satisfying way for Ranger and Noemi but in a plot hanger, if you know what I mean.  The plot is still ongoing and I can only hope that these Kingston brothers can stay alive to see it all to the end!  They are smack dab in the middle of a very dangerous game.  I'm SO looking forward to the next book!!   Now to bring my heartrate back to normal. . .

Posted by Getting Your Read On at 3:12 PM