This is a book I am really anticipating.  The first book was one of my favorite reads last year.  I'm so excited that I am getting closer to having this book in my hands!  So, here it is! ** DRUM ROLL ** The cover for the second book in the Fate of Eyrinthia series!! 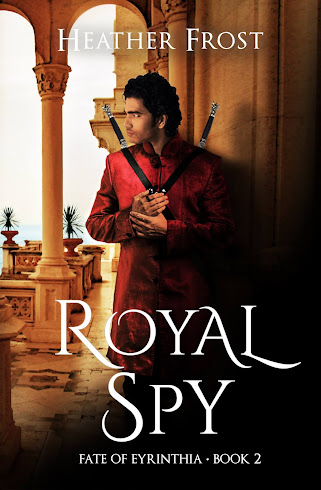 A DECOY recruited to be a spy.

A PRINCE compelled to become an assassin.

A SERJAH pressured by an unwanted crown.

A WORLD covered in shadows.


Mere months ago, Clare was just a kitchen maid. Now, she is a decoy for Princess Serene and a novice spy, caught in the royal family's web of secrets. While journeying to Mortise to finalize the princess’s betrothal to Serjah Desfan, Clare lives for the stolen moments she has with Bennick, the bodyguard who is quickly claiming her heart. But when a notorious assassin is hired to kill her, Clare’s life and the alliance hang in the balance.

In Ryden, Grayson prepares to leave for Mortise with his brother, Liam. Their orders are to ignite a war between their enemies, and Grayson has been tasked with assassinating Princess Serene. It may cost his soul, but he is ready to comply, as long as he gets something in return: freedom for Mia, the girl he loves. But the more time he spends with his brother, the more he begins to wonder if Liam is what Grayson wishes he had the courage to be . . . a traitor.

Desfan feels trapped. By his disapproving council, his impending marriage to a stranger, and the imminent arrival of enemy princes who may not want the peace they profess. When a dangerous drug threatens his people, Desfan jumps at the chance to rely on his swords instead of politics. But his investigation uncovers more than he bargained for—a plot that may destroy Mortise from within.

Eyrinthia hovers on the edge of war. Spies. Rebels. Traitors. All must choose a side.

***Pre-order Royal Spy and fill out the form to receive an EXCLUSIVE scene from Bennick’s POV: The Decoy and the Bodyguard*** 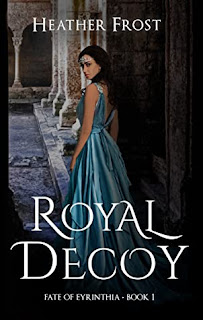 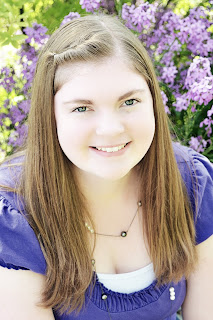 Heather Frost writes mostly YA fiction and has a soft spot for tortured characters, breath-stealing romance, and happy endings. She is the author of the Seers trilogy and the Fate of Eyrinthia series. She has a BS in Creative Writing and a minor in Folklore, which means she got to read fairy tales and ghost stories and call it homework. When she's not writing, Heather likes to read, travel, and hold Lord of the Rings movie marathons. She lives in a beautiful valley surrounded by towering mountains in the wilds of Utah. To learn more about Heather and her books, visit her website:www.HeatherFrost.com.

Posted by Getting Your Read On at 8:56 AM