The Songbook of Benny Lament by Amy Harmon 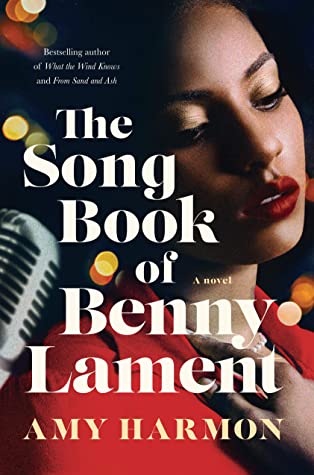 New York, 1960: For Benny Lament, music is his entire life. With his father’s deep ties to the mob, the Bronx piano man has learned that love and family can get you in trouble. So he keeps to himself, writing songs for other musicians, avoiding the spotlight…until the night his father brings him to see Esther Mine sing.
Esther is a petite powerhouse with a gorgeous voice. And when Benny writes a hit song and performs it with her, their collaboration thrusts the duo onto the national stage…and stirs up old issues and new scrutiny that the mob—and Benny—would rather avoid.

It would be easier to walk away. But the music and the woman are too hard for the piano man to resist. Benny’s songs and Esther’s vocals are an explosive combination, a sound that fans can’t get enough of. But though America might love the music they make together, some people aren’t ready for Benny Lament and Esther Mine on—or off—the stage.
* Amazon * Goodreads *
I'm such a fan of Amy Harmon.  She is a talented author with the ability to write such diverse books covering all the genres.  It's amazing to me.
This book has such a somber feel to it.  It was engaging and interesting but definitely somber and a bit heavy.  Each chapter starts with part of an interview between Benny and a radio show host which kind of sets the stage for the next bit of the story.  I really liked how that was set up.  As the story progressed I began to understand the characters and I really grew to love them.  I was invested in them, their stories and what motivated them.
Esther says, “If you want people to change, you have to show them what it looks like.”
Isn't that so true?  It's a timeless message worth repeating over and over.  This author doesn't shy away from writing the hard things.  She challenges her readers to think and feel in ways that may feel uncomfortable.  Uncomfortable but necessary.
Of course I adored the love story of Benny and Esther.  It was real and it was deeply rooted.
Unfortunately, there was content that crossed my personal boundaries.  Frequent swearing (some strong language) and some sexual content.  It's a personal preference, not a judgement call.  There was violence, some graphic in nature.  Of course this is expected when dealing with mobs.  I just had a harder time with all of that together.  This wasn't my favorite book by this author but her talent is undeniable.  I'll be watching to see what she does next.
- I received a complimentary copy of this book.  All opinions expressed are my own.
Posted by Getting Your Read On at 4:00 AM