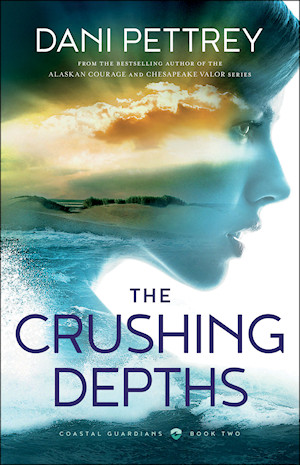 They know the power and peril of the ocean.
But as they get closer to the deadly truth . . .
An even greater danger lurks just beneath the surface.When an accident claims the life of an oil-rig worker, Coast Guard Investigators Rissi Dawson and Mason Rogers are flown to the scene thirty-eight miles from shore. Tensions aboard the rig are high, and the death has everyone on edge. Environmental activists are threatening to do whatever it takes to stop the "plague on the environment" from continuing its work. Meanwhile, rumors are circulating on board about an ancient curse lurking in the depths below.

Mounting evidence shows the death might not have been an accident. Was the man killed by one of the activists or, more frighteningly, a member of his own crew? Rissi and Mason have to sort through not only numerous suspects, but also their own haunted pasts and their attraction to each other.

Just as the case seems about to break open, worse news arrives: a tropical storm has turned their way. Now they're cut off from any rescue--right where the killer wants them.

This story had me all in and invested from the very beginning and didn't let up.  It's that 'hold on tight because you know this will be a fun ride' feeling.  I love when that happens.

Even though there is a strong forward momentum, the author does a good job of giving me space to know the characters.  Rissi and Mason have history together from when they were children.  It's not a great shared history but I enjoyed how their story unfolded and expanded my understanding of their relationship and their connection.  Rissi and Mason are both excellent characters and I enjoyed them so much.

There is danger, there is intrigue.  The mystery is swirling all over in this book making me anxious with anticipation.  It was good stuff.  There is another developing plot happening between some side characters and I'm hoping they will be in the spotlight for the next book.  It's shaping up to be good!!  Oh!  And as a side note, I never want to be an oil rig worker.  Or even visit an oil rig.  That's some scary stuff and I'm grateful for the people who do the hard jobs for people like me.

This series is about a group of people and they are all present in each book so it would probably help to read this series from the beginning for the best character development, but I honestly think this book can stand on it's own.  This book releases on June 30th.  If you haven't read the first book in the series, The Killing Tide, now is a great time to pick it up on Kindle.  It's just $1.49!  Find it HERE. 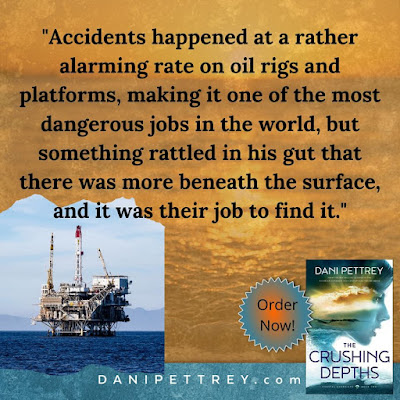 Posted by Getting Your Read On at 8:41 AM