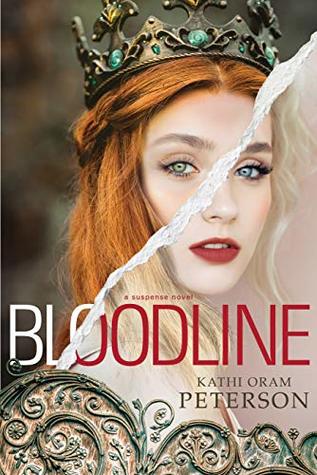 France, 1371. The old Queen of France lies on her deathbed with a secret she will take to her grave: there is one true heir to the throne, one who would have the power to ally France and Scotland. But after her death, all that will be left are a few shreds of evidence revealing the stunning identity of her successor.
Flight attendant Skye Armstrong has heard the voice of warning before, and as she’s returning home from London, she recognizes the feeling of dread that accompanies her sixth sense. Walking from the airport terminal to get to her car, she pauses in the middle of the road. Her hesitation gives a Good Samaritan the split second he needs to pull her out of the path of a speeding car, saving her life. But her misfortunes are just beginning. When she arrives home, she discovers that Auntie Marjorie has been kidnapped, and cryptic instructions have been left behind: Skye must retrieve the contents of a safe deposit box and deliver it to the captors . . . No police. Her feelings of dread return.

What Skye discovers in the bank box is baffling: a single page. The ancient document is certainly valuable, and with no time to lose, she goes to the rendezvous to discover the next step. A cell phone rings beneath a park bench. She answers the call, and on the screen is a picture of Auntie, unconscious. Now the kidnapper demands Skye find two more pages or her aunt will die.

What secrets are hidden within the illuminated pages, and who believes they are worth killing for? And what role does the Good Samaritan play in all of it?

This light suspense has a definite historical feel to it.  In fact, it's loaded with history from France to Scotland.  Sometimes this became a bit tedious to me and I skimmed because it was so much information just sort of dumped- in a conversational way, but still.

I liked the "on the run" feel to the book.  Danger was constant and always right behind Skye and lots of times it was right on top of her, coming from several different sources.  It felt like the bad guys were everywhere.  And they were!  There were a couple twists I didn't see coming, a couple I did.  That's the way I like it- knowing some things, but not everything.

I didn't really connect emotionally with the characters or feel of their emotional connections to each other, so from that standpoint the story fell a bit flat for me, but overall this was a good story.  I like the concept and the idea of it.  I wonder if there will be another book?  It felt a bit open ended to me.  I would read the next book.

a Rafflecopter giveaway
Posted by Getting Your Read On at 9:23 AM