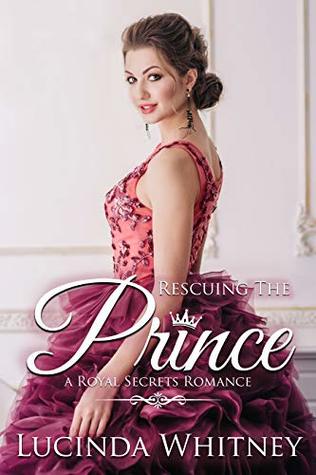 When Prince Henry Somerset, the third in line to the kingdom of Durham, runs out of gas on a country road, a young woman driving an old truck stops to help him. Beneath her cold demeanor, Henry sees an intriguing woman whom he’d like to know more, but when she recognizes him, she’s quick to ask for his royal sponsorship.

Adrianne Blake is no stranger to disappointment. Now in charge of a pilot program at the community medical center, she’s in dire need of help or dozens of children depending on her will suffer. Despite Prince Henry’s playboy reputation, meeting him could mean the solution she’s been hoping for.

As Adrianne works side by side with Prince Henry to bring success to the program, she realizes there’s more to the man than her first impression. But as problems arise threatening everything she’s worked for, is their new friendship enough to allow their feelings to grow into something more?

I know this is book six in this series but I haven't read any of the other books. I felt this book did an excellent job of standing on its own and definitely peaked my interest in the rest of the series that is written by three different authors.

This is a gentle, sweet story. I liked the first met between Henry and Adrianne which set into motion a whole string of events, all revolving around a program for children, that provided plenty opportunities for interactions and falling in love.

I loved Henry's willingness to learn from others and how that helped humble him a little bit. There is something incredibly attractive about a man who owns up to his mistakes and forgives easily. Henry did that and so much more.